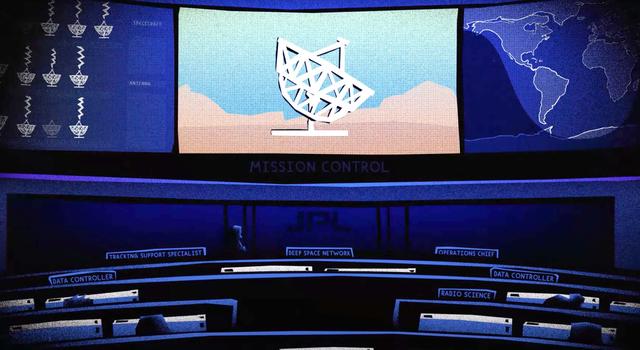 How Do We Communicate With Faraway Spacecraft?
Go to Educator Guide

NASA has dozens of robotic spacecraft exploring our solar system and beyond. So how exactly do we navigate spacecraft that are so far away?

Scientists and engineers on Earth can use precise measurements to know where far away spacecraft are by using the Deep Space Network, NASA's international collection of giant radio antennas used to communicate with spacecraft at the moon and beyond.

Doppler shifts happen around us all the time. It's the reason why a siren sounds higher in pitch when it approaches you and then lower in pitch as it goes away.

Using the Deep Space Network antennas, mission controllers can determine the position and speed of a spacecraft with great precision. If the spacecraft needs to adjust its course, they can send commands to the spacecraft through radio waves to change its trajectory.

Using these techniques, engineers and scientists on Earth can bring a spacecraft to a precise landing on Mars or into an orbit around another planet in our solar system, after a journey of millions of miles.

Without the many antennas of the Deep Space Network, NASA would not be able to navigate or talk to any of the far away spacecraft exploring our solar system.