Formal and informal educators for grades 6-12

Join lead scientists for the Rosetta mission* in an educational workshop that explores hands-on activities and resources for engaging students in the science of comets and small bodies. In this workshop for formal and informal educators, US Rosetta project scientist Bonnie Buratti and project manager Art Chmielewski will share some of the basic physics of comets and discuss how the Rosetta mission was able to land on one for the first time. Hear about the mission's latest discoveries, see incredible up-close images of the comet, and get the inside scoop on a second landing on the comet scheduled for Sept. 30, 2016.

This is a free workshop offered by the US Rosetta Project in conjunction with NASA's Jet Propulsion Laboratory. Applications are accepted on a first-come-first-served basis. To allow for a hands-on, discussion-driven workshop, attendance is limited to 50 persons. Lunches will not be provided.

*Rosetta was launched in 2004 on a mission to orbit and characterize comet 67P/Churyumov-Gerasimenko. In 2014, it arrived at the comet and released a lander that became the first to make a soft touchdown on a comet. The Rosetta mission is also the first to accompany a comet into our inner solar system and observe at close range how the comet changes as the sun's heat transforms it into the luminous apparition that has frightened and inspired people for centuries. 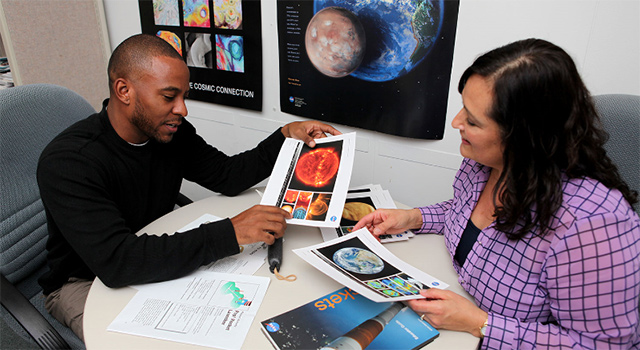