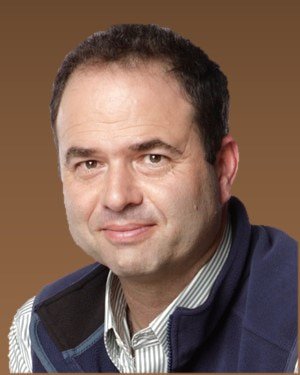 Dr. Mark Simons is Chief Scientist for NASA's Jet Propulsion Laboratory. In this role, he is responsible for leadership of the scientific and research community at JPL, and serves as the focal point for interactions with universities and the external research community.

Dr. Simons is a Professor of Geophysics in the Seismological Laboratory within the Division of Geological and Planetary Sciences at Caltech. He received his B.S. in Geophysics and Space Physics from UCLA in 1989 and his Ph.D. in Geophysics from MIT in 1996. He joined Caltech as a Postdoctoral Scholar in 1995 and has been a full Professor there since 2007. Dr. Simons has also been a visiting professor at the Institut de Physique du Globe de Paris, the École Normale Supérieure in Paris, and the Université Joseph Fourier in Grenoble.

Mark's relationship with JPL started in 1990 as a graduate student working with gravity and SAR imagery data of Venus from the Magellan mission. Since then, his research has focused on advancing the ability of space geodesy – using technologies such as interferometric synthetic aperture radar (InSAR) and global navigation satellite system (GNSS) – to measure deformation of Earth’s surface. Mark’s research uses these observations to study basic geophysical processes including those associated with earthquakes, volcanoes, landslides and glaciers.

In collaboration with JPL, Mark currently serves as Caltech’s Co-Principal Scientist for the Advanced Rapid Imaging and Analysis (ARIA) Project and is the solid earth science co-lead for the NISAR science definition team.