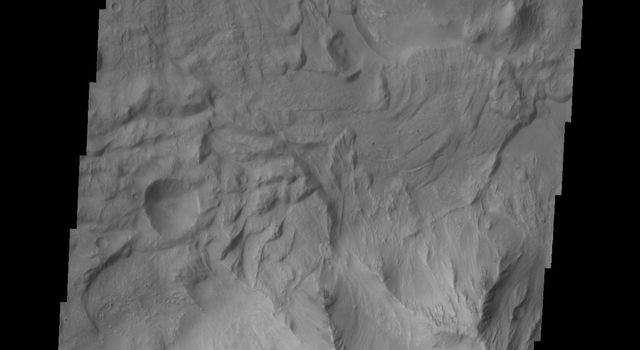 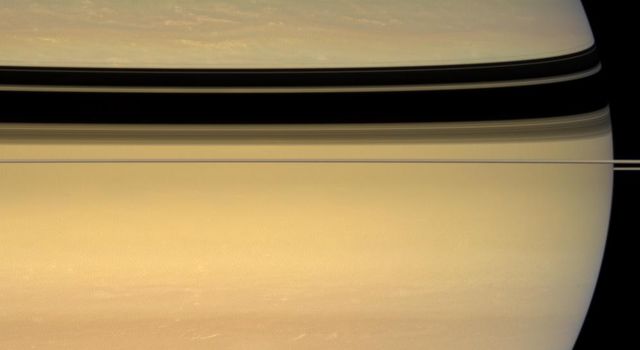 The view looks across Endeavour Crater, which is about 14 miles (22 kilometers) in diameter, from the inner slope of the crater's western rim. Opportunity has driven a little over 28.02 miles (45.1 kilometers) since it landed in the Meridiani Planum region of Mars in January, 2004, for what was planned as a 90-sol mission. A sol lasts about 40 minutes longer than an Earth day.

This view combines three separate Pancam exposures taken through filters centered on wavelengths of 601 microns (red), 535 microns (green) and 482 microns (blue). It was processed at Texas A&M University to correct for some of the oversaturation and glare, though it still includes some artifacts from pointing a camera with a dusty lens at the Sun. The processing includes radiometric correction, interpolation to fill in gaps in the data caused by saturation due to Sun's brightness, and warping the red and blue images to undo the effects of time passing between each of the exposures through different filters.