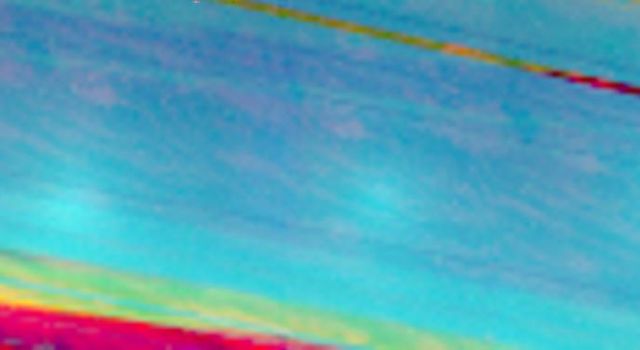 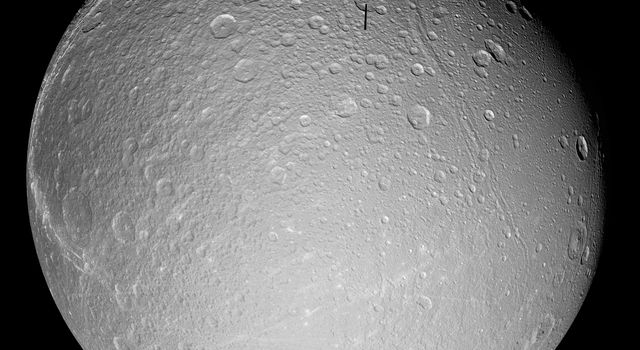 This image from NASA's Dawn spacecraft shows the large craters Urvara (top) and Yalode (bottom) on dwarf planet Ceres. These features are so big that they must be observed from high altitudes in order to fit in the frame of a single image. Urvara is (101 miles (163 kilometers) in diameter, while Yalode is 162 miles (260 kilometers) in diameter.

Yalode's relatively smooth floor indicates Ceres' crust material became close to -- or even reached -- the melting temperature of ice as a consequence of the heat generated by the impact. On the other hand, the smaller Urvara has rougher terrain. This suggests Urvara had either a lower temperature increase from the impact, or a colder crust temperature at the time of the crater's formation, or a combination of the two. Indeed, Ceres' interior was warmer in the past, and has been slowly cooling as its supply of radioactive isotopes, whose decay represents Ceres' main heat source, has been decreasing over time.

This picture also reveals geological details such, as the feature Nar Sulcus inside Yalode and a central peak in Urvara.

Urvara is named after the Indian and Iranian deity of plants and fields. Yalode is named for the Dahomey goddess, worshipped by women at the harvest rites.

This image was obtained by NASA's Dawn spacecraft on June 9, 2015. The spacecraft was then in its survey orbit (2,700 miles, 4,400 kilometers above the surface), when the footprint of Dawn's framing camera on Ceres' surface was about 260 miles (420 kilometers) across on Ceres' surface. The resolution is 1,400 feet (410 meters) per pixel. The central coordinates of the picture are 43 degrees south latitude, 278 degrees east in longitude.