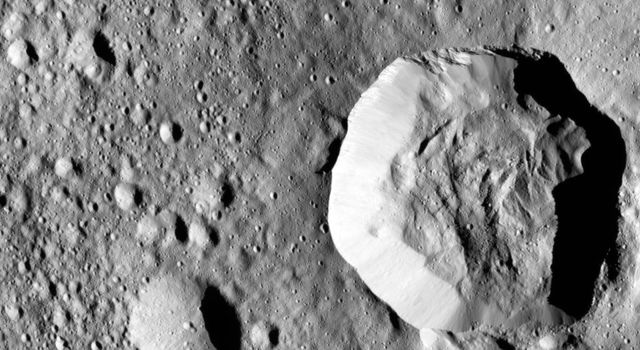 Flow Around a Crater on Ceres 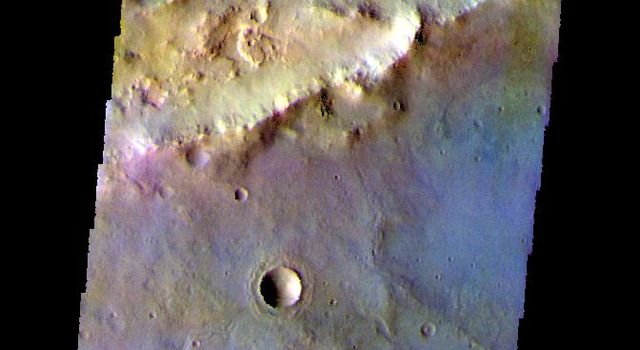 Although large gullies (ravines) are concentrated at higher latitudes, there are gullies on steep slopes in equatorial regions, as seen in this image captured by NASA's Mars Reconnaissance Orbiter (MRO). An enhanced-color closeup shows part of the rim and inner slope of Krupac Crater located just 7.8 degrees south of the equator.

The colors of the gully deposits match the colors of the eroded source materials. Krupac is a relatively young impact crater, but exposes ancient bedrock. Krupac Crater also hosts some of the most impressive recurring slope lineae (RSL) on equatorial Mars outside of Valles Marineris.

Another close look shows some of RSL, flowing downhill (to the left). The RSL leave bright deposits when inactive from previous years; this year's active RSL are the thin dark lines.