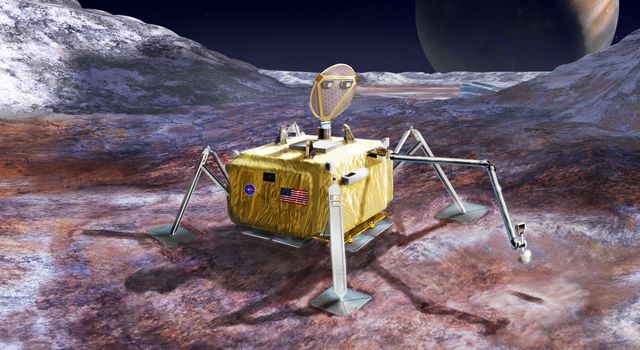 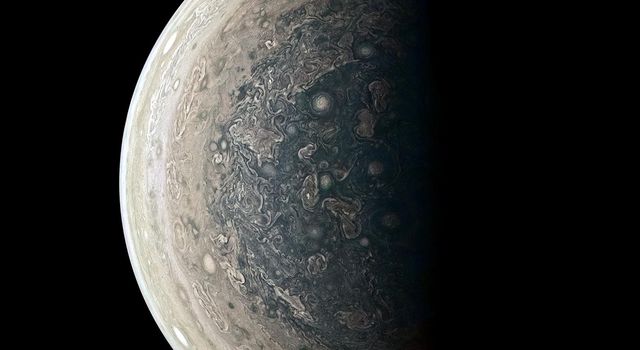 Jupiter From Below (Enhanced Color)

NASA's Mars Reconnaissance Orbiter has been observing Mars in sharp detail for more than a decade, enabling it to document many types of changes, such as the way winds alter the appearance of this recent impact site.

The High Resolution Imaging Science Experiment (HiRISE) camera on the orbiter took the four images used in this animated sequence, showing the same site over the time period from March 31, 2007, to April 2, 2012. The earliest of the four observations is the one in which the impact blast zone looks darkest.

The space-rock impact that created this blast zone occurred sometime between September 2005 and February 2006, as bracketed by observations made with the Mars Orbiter Camera on NASA's Mars Global Surveyor spacecraft. The location is between two large volcanos, named Ascraeus Mons and Pavonis Mons, in a dusty area of the Tharsis region of Mars. During the period from 2007 to 2012, winds blowing through the pass between the volcanoes darkened some regions and brightened others, probably by removing and depositing dust.

The view covers an area about 1.0 mile (1.6 kilometers) across, at 7 degrees north latitude, 248 degrees east longitude. North is toward the top.