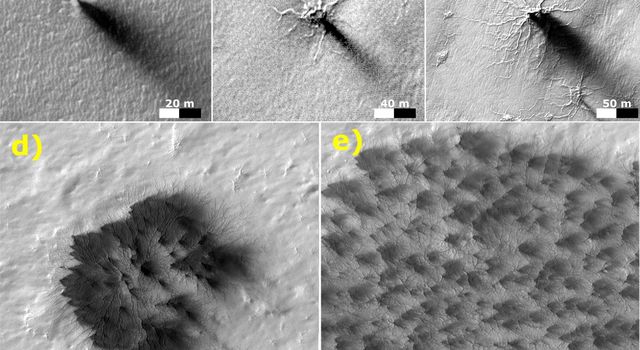 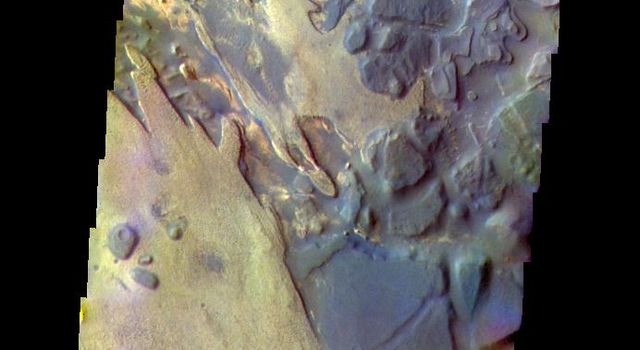 This sequence of three images shows the growth of a branching network of troughs carved by thawing carbon dioxide over the span of three Martian years. This process is believed to also form larger radially patterned channel features known as Martian "spiders."

The images were taken by the High Resolution Imaging Science Experiment (HiRISE) camera on NASA's Mars Reconnaissance Orbiter and included in a report on the first detection of such troughs persisting and growing, from one Mars year to the next.

HiRISE is one of six instruments on the Mars Reconnaissance Orbiter, which began examining Mars in 2006. The University of Arizona, Tucson, operates HiRISE, which was built by Ball Aerospace & Technologies Corp., Boulder, Colorado. NASA's Jet Propulsion Laboratory, a division of Caltech in Pasadena, California, manages the Mars Reconnaissance Orbiter Project for NASA's Science Mission Directorate, Washington. Lockheed Martin Space Systems, Denver, built the orbiter and collaborates with JPL to operate it.