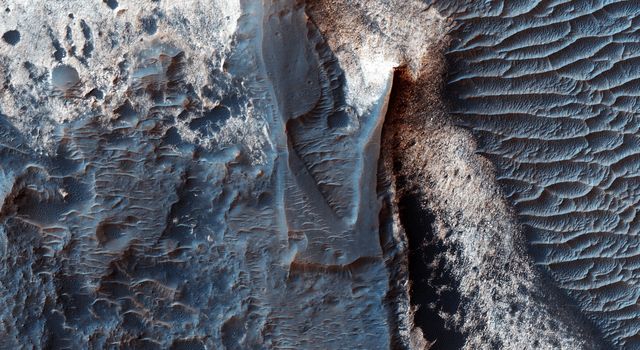 Deposits along the Northern Wall of Melas Chasma 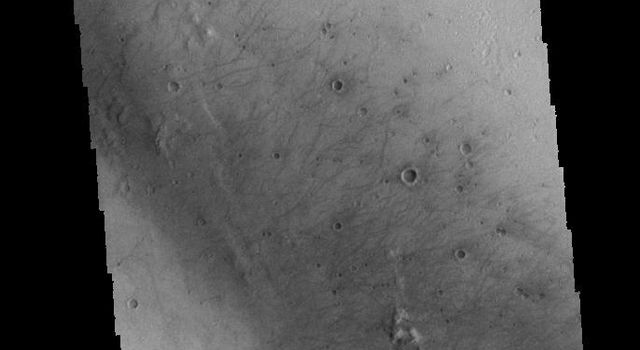 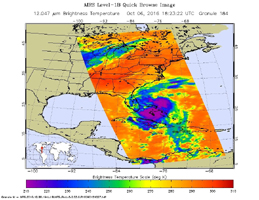 Infrared Image
Click on the image for larger version

Hurricane Matthew, currently an extremely dangerous Category 4 storm on the Saffir-Simpson Hurricane Wind Scale, continues to bear down on the southeastern United States. At 11:23 a.m. PDT (2:23 p.m. EDT and 18:23 UT) today, NASA's Atmospheric Infrared Sounder (AIRS) instrument aboard NASA's Aqua satellite observed the storm as its eye was passing over the Bahamas. The AIRS false-color infrared image shows that the northeast and southwest quadrants of the storm had the coldest cloud tops, denoting the regions of the storm where the strongest precipitation was occurring at the time. Data from the Advanced Microwave Sounding Unit (AMSU), another of AIRS' suite of instruments, indicate that the northeast quadrant, which appears smaller in the infrared image, likely had the most intense rain bands at the time. The AIRS infrared image shows that at the time of the image the storm had full circulation, with a small eye surrounded by a thick eye wall.

About AIRS
The Atmospheric Infrared Sounder, AIRS, in conjunction with the Advanced Microwave Sounding Unit, AMSU, senses emitted infrared and microwave radiation from Earth to provide a three-dimensional look at Earth's weather and climate. Working in tandem, the two instruments make simultaneous observations all the way down to Earth's surface, even in the presence of heavy clouds. With more than 2,000 channels sensing different regions of the atmosphere, the system creates a global, three-dimensional map of atmospheric temperature and humidity, cloud amounts and heights, greenhouse gas concentrations, and many other atmospheric phenomena. Launched into Earth orbit in 2002, the AIRS and AMSU instruments fly onboard NASA's Aqua spacecraft and are managed by NASA's Jet Propulsion Laboratory in Pasadena, Califorina, under contract to NASA. JPL is a division of the California Institute of Technology in Pasadena.