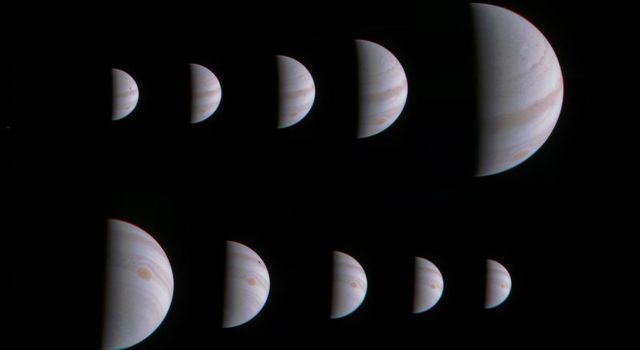 Arrival and Departure at Jupiter 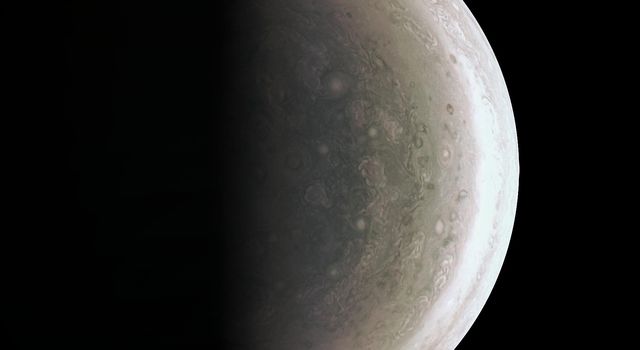 This infrared image gives an unprecedented view of the southern aurora of Jupiter, as captured by NASA's Juno spacecraft on August 27, 2016.

The planet's southern aurora can hardly be seen from Earth due to our home planet's position in respect to Jupiter's south pole. Juno's unique polar orbit provides the first opportunity to observe this region of the gas-giant planet in detail.

Juno's Jovian Infrared Auroral Mapper (JIRAM) camera acquired the view at wavelengths ranging from 3.3 to 3.6 microns -- the wavelengths of light emitted by excited hydrogen ions in the polar regions. The view is a mosaic of three images taken just minutes apart from each other, about four hours after the perijove pass while the spacecraft was moving away from Jupiter.