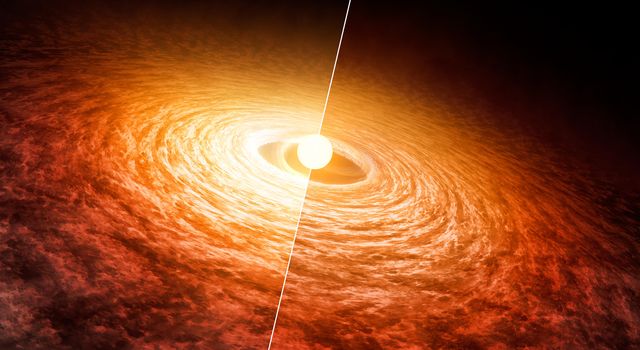 Atmospheric methane is a potent greenhouse gas, but the percentage of it produced through human activities is still poorly understood. Future instruments on orbiting satellites can help address this issue by surveying human-produced methane emissions. Recent data from the Aliso Canyon event, a large accidental methane release near Porter Ranch, California, demonstrates this capability. The Hyperion imaging spectrometer onboard NASA's EO-1 satellite successfully detected this release event on three different overpasses during the winter of 2015-2016. This is the first time the methane plume from a single facility has been observed from space. The orbital observations were consistent with airborne measurements.

This image pair shows a comparison of detected methane plumes over Aliso Canyon, California, acquired 11 days apart in Jan. 2016 by: (left) NASA's AVIRIS instrument on a NASA ER-2 aircraft at 4.1 miles (6.6 kilometers) altitude and (right) by the Hyperion instrument on NASA's Earth Observing-1 satellite in low-Earth orbit. The additional red streaks visible in the EO-1 Hyperion image result from measurement noise -- Hyperion was not specifically designed for methane sensing and is not as sensitive as AVIRIS. Additionally, the EO-1 satellite's current orbit provided poor illumination conditions. Future instruments with much greater sensitivity on orbiting satellites can survey the biggest sources of human-produced methane around the world.