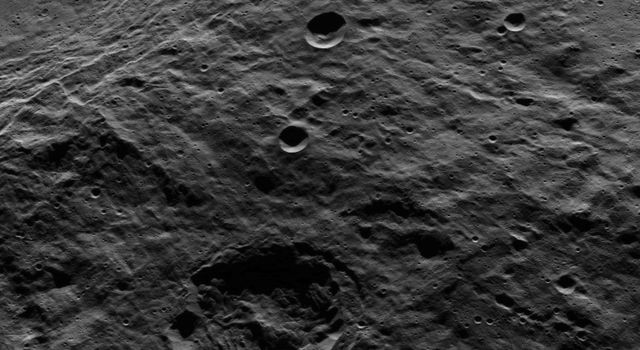 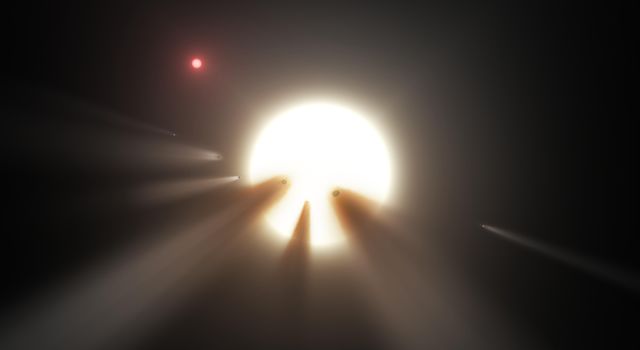 This graphic depicts paths by which carbon has been exchanged between Martian interior, surface rocks, polar caps, waters and atmosphere, and also depicts a mechanism by which carbon is lost from the atmosphere with a strong effect on isotope ratio.

Carbon dioxide (CO2) to generate the Martian atmosphere originated in the planet's mantle and has been released directly through volcanoes or trapped in rocks crystallized from magmas and released later. Once in the atmosphere, the CO2 can exchange with the polar caps, passing from gas to ice and back to gas again. The CO2 can also dissolve into waters, which can then precipitate out solid carbonates, either in lakes at the surface or in shallow aquifers.

Carbon dioxide gas in the atmosphere is continually lost to space at a rate controlled in part by the sun's activity. One loss mechanism is called ultraviolet photodissociation. It occurs when ultraviolet radiation (indicated on the graphic as "hv") encounters a CO2 molecule, breaking the bonds to first form carbon monoxide (CO) molecules and then carbon (C) atoms. The ratio of carbon isotopes remaining in the atmosphere is affected as these carbon atoms are lost to space, because the lighter carbon-12 (12C) isotope is more easily removed than the heavier carbon-13 (13C) isotope. This fractionation, the preferential loss of carbon-12 to space, leaves a fingerprint: enrichment of the heavy carbon-13 isotope, measured in the atmosphere of Mars today.

JPL manages Curiosity for NASA's Science Mission Directorate, Washington, as part of NASA's progress toward a human mission to Mars. Caltech manages JPL for NASA. For more information about Curiosity, visit:http://www.nasa.gov/msl and http://mars.jpl.nasa.gov/msl.