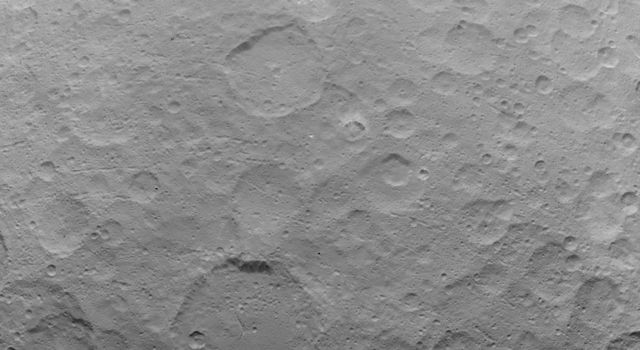 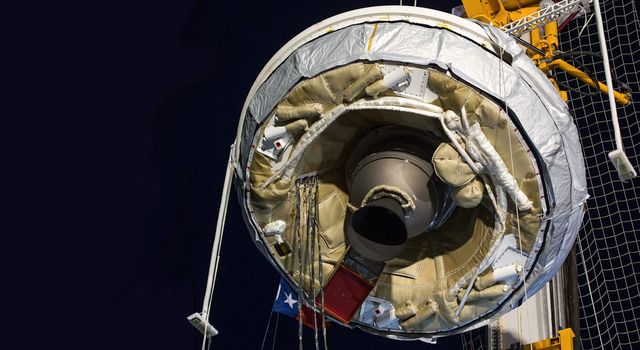 Deposits of impact glass have been preserved in Martian craters, including Alga Crater, shown here. Detection of the impact glass by researchers at Brown University, Providence, Rhode Island, is based on data from the Compact Reconnaissance Imaging Spectrometer for Mars (CRISM) on NASA's Mars Reconnaissance Orbiter.

In color coding based on analysis of CRISM spectra, green indicates the presence of glass. (Blues are pyroxene; reds are olivine.) Impact glass forms in the heat of a violent impact that excavates a crater. Impact glass found on Earth can preserve evidence about ancient life. A deposit of impact glass on Mars could be a good place to look for signs of past life on that planet.

This view shows Alga Crater's central peak, which is about 3 miles (5 kilometers) wide within the 12-mile (19-kilometer) diameter of this southern-hemisphere crater. The information from CRISM is shown over a terrain model and image, based on observations by the High Resolution Imaging Science Experiment (HiRISE) camera. The vertical dimension is exaggerated by a factor of two.

The Mars Reconnaissance Orbiter has been using CRISM, HiRISE and four other instruments to investigate Mars since 2006. The Johns Hopkins University Applied Physics Laboratory, Laurel, Maryland, led the work to build the CRISM instrument and operates CRISM in coordination with an international team of researchers from universities, government and the private sector. HiRISE is operated by the University of Arizona, Tucson, and was built by Ball Aerospace & Technologies Corp., Boulder, Colorado.