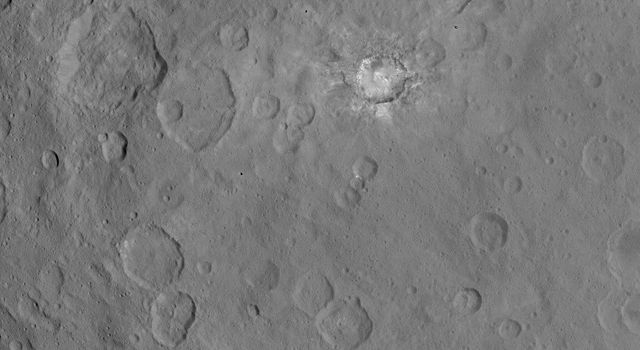 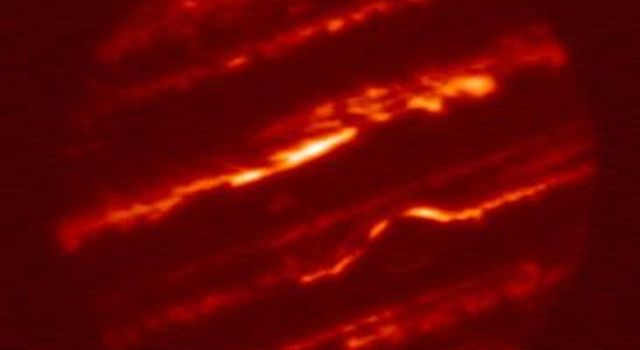 This artist's rendering shows NASA's Juno spacecraft making one of its close passes over Jupiter.

Launched in 2011, the Juno spacecraft will arrive at Jupiter in 2016 to study the giant planet from an elliptical, polar orbit. Juno will repeatedly dive between the planet and its intense belts of charged particle radiation, traveling from pole to pole in about an hour, and coming within 5,000 kilometers (about 3,000 miles) of the cloud tops at closest approach.