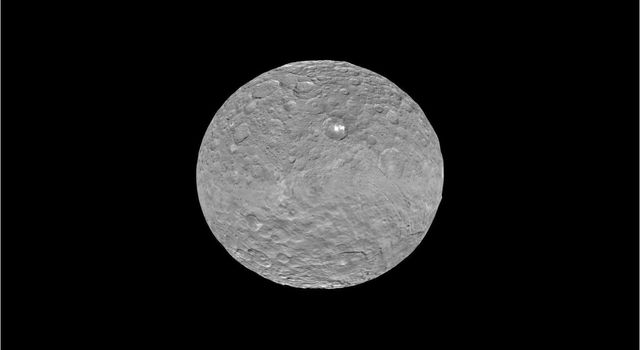 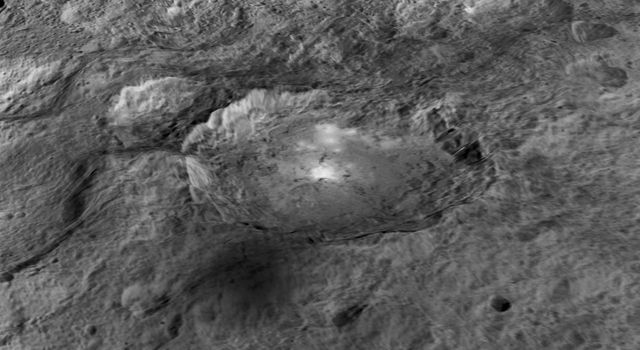 Among the highest features seen on Ceres so far is a mountain about 4 miles (6 kilometers) high, which is roughly the elevation of Mount McKinley in Alaska's Denali National Park.

This image comes from an animation, shown in PIA19619, generated using data from NASA's Dawn spacecraft. Vertical relief has been exaggerated by a factor of five. Exaggerating the relief helps scientists understand and visualize the topography much more easily, and highlights features that are sometimes subtle.