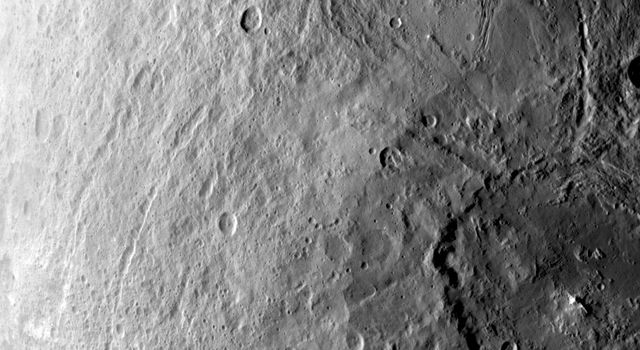 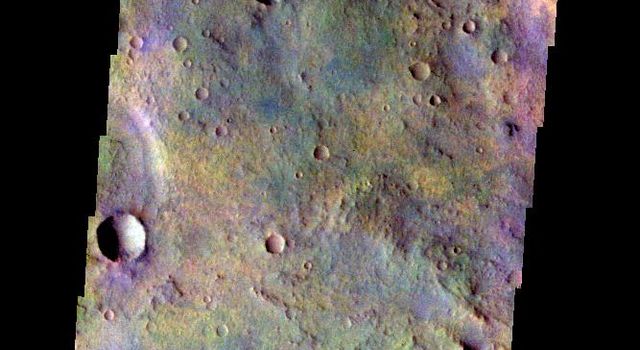 The brightest spots on dwarf planet Ceres are seen in this image taken by NASA's Dawn spacecraft on June 6, 2015. This is among the first snapshots from Dawn's second mapping orbit, which is 2,700 miles (4,400 kilometers) in altitude. The resolution is 1,400 feet (410 meters) per pixel.

Scientists are still puzzled by the nature of these spots, and are considering explanations that include salt and ice.

Dawn's mission is managed by JPL for NASA's Science Mission Directorate in Washington. Dawn is a project of the directorate's Discovery Program, managed by NASA's Marshall Space Flight Center in Huntsville, Alabama. The University of California, Los Angeles, is responsible for overall Dawn mission science. Orbital ATK, Inc., in Dulles, Virginia, designed and built the spacecraft. The German Aerospace Center, the Max Planck Institute for Solar System Research, the Italian Space Agency and the Italian National Astrophysical Institute are international partners on the mission team. For a complete list of acknowledgments, see http://dawn.jpl.nasa.gov/mission.