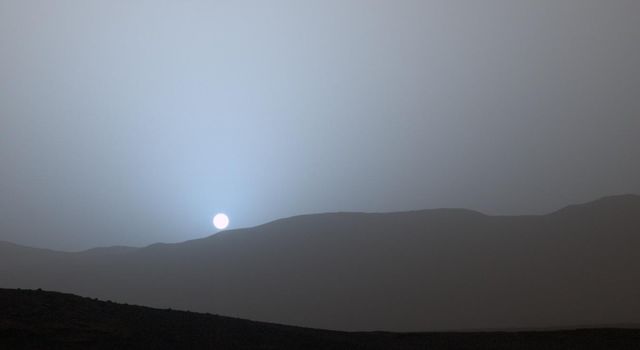 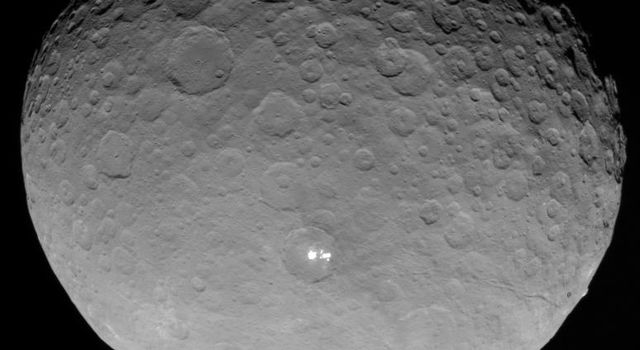 NASA's Curiosity Mars rover recorded this sequence of views of the sun setting at the close of the mission's 956th Martian day, or sol (April 15, 2015), from the rover's location in Gale Crater.

The four images shown in sequence here were taken over a span of 6 minutes, 51 seconds.

This was the first sunset observed in color by Curiosity. The images come from the left-eye camera of the rover's Mast Camera (Mastcam). The color has been calibrated and white-balanced to remove camera artifacts. Mastcam sees color very similarly to what human eyes see, although it is actually a little less sensitive to blue than people are.