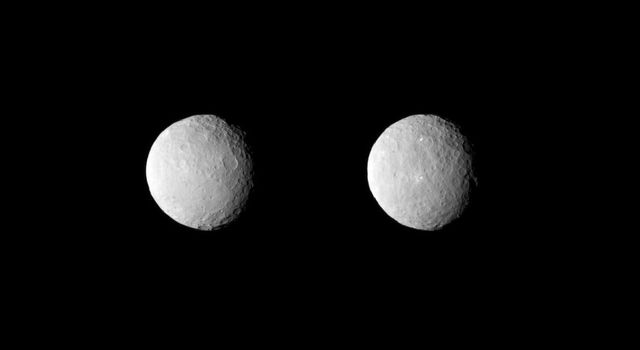 Views of Ceres on Approach, Uncropped 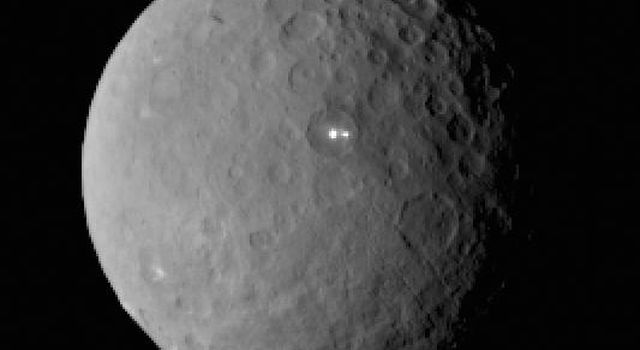 These images of dwarf planet Ceres, processed to enhance clarity, were taken on Feb. 19, 2015, from a distance of about 29,000 miles (46,000 kilometers), by NASA's Dawn spacecraft. Dawn observed Ceres completing one full rotation, which lasted about nine hours.

The images show the full range of different crater shapes that can be found at Ceres' surface: from shallow, flattish craters to those with peaks at their centers. These views show sections of Ceres' surface that are similar to those in PIA19056.