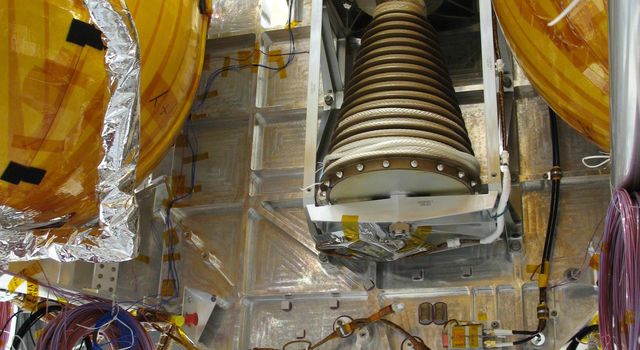 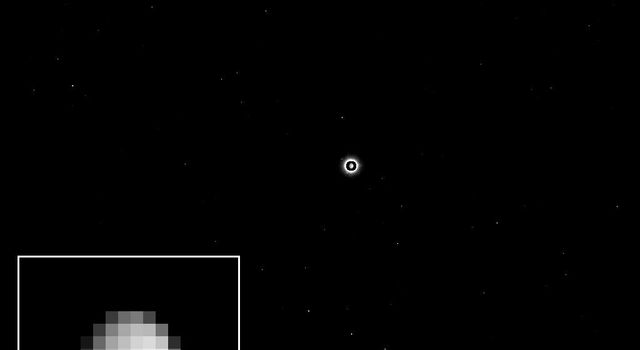 From about three times the distance from Earth to the moon, NASA's Dawn spacecraft spies its final destination -- the dwarf planet Ceres.

The resolution of this image does not yet exceed the best views of Ceres, which were obtained by the Hubble Space Telescope (see PIA10235). Nonetheless, Ceres' spherical shape is clearly revealed here. Sunlight illuminates the dwarf planet from the right, leaving a sliver of the surface in shadow at left.

A zoomed-in view is provided in Figure 1, along with the original unmagnified, uncropped view.