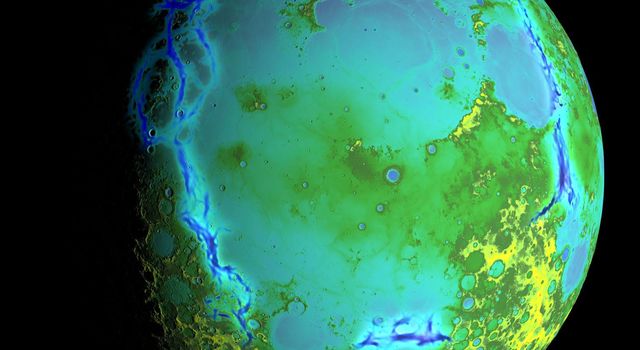 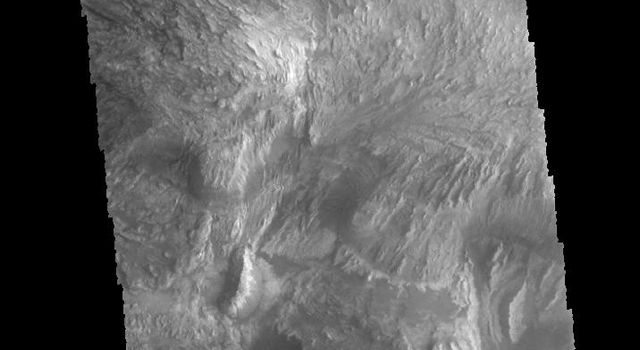 A view of Earth's moon looking south across Oceanus Procellarum, representing how the western border structures may have looked while active. The gravity anomalies along the border structures are interpreted as ancient, solidified, lava-flooded rifts that are now buried beneath the surface of the dark volcanic plains, or maria, on the near side of the moon.