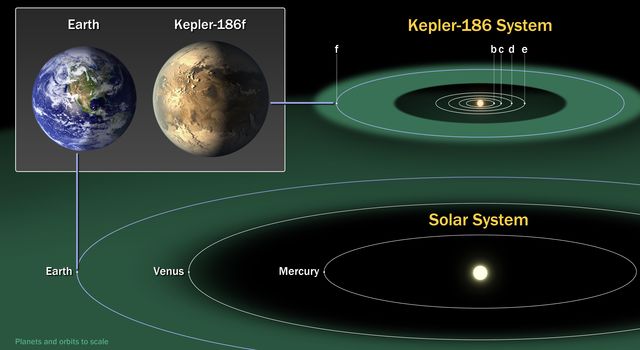 Kepler-186 and the Solar System 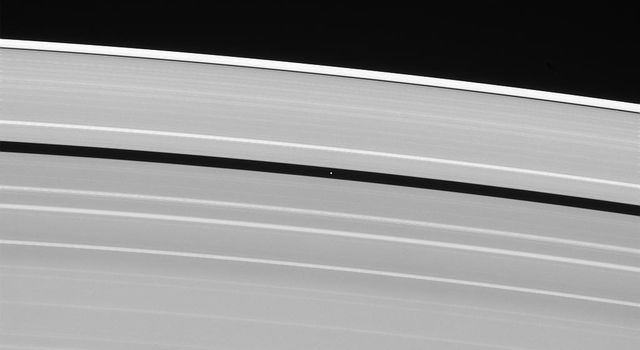 God of the Gap

This artist's concept depicts Kepler-186f, the first validated Earth-size planet to orbit a distant star in the habitable zone -- a range of distance from a star where liquid water might pool on the planet's surface. The discovery of Kepler-186f confirms that Earth-size planets exist in the habitable zones of other stars and signals a significant step closer to finding a world similar to Earth.

The size of Kepler-186f is known to be less than ten percent larger than Earth, but its mass, composition and density are not known. Previous research suggests that a planet the size of Kepler-186f is likely to be rocky. Prior to this discovery, the "record holder" for the most "Earth-like" planet went to Kepler-62f, which is 40 percent larger than the size of Earth and orbits in its star's habitable zone.

Kepler-186f orbits its star once every 130 days and receives one-third the energy that Earth does from the sun, placing it near the outer edge of the habitable zone. If you could stand on the surface of Kepler-186f, the brightness of its star at high noon would appear as bright as our sun is about an hour before sunset on Earth.

Kepler-186f resides in the Kepler-186 system about 500 light-years from Earth in the constellation Cygnus. The system is also home to four inner planets, seen lined up in orbit around a host star that is half the size and mass of the sun.

The artistic concept of Kepler-186f is the result of scientists and artists collaborating to imagine the appearance of these distant worlds.