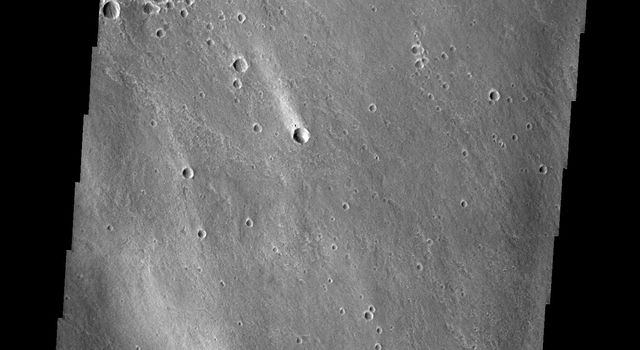 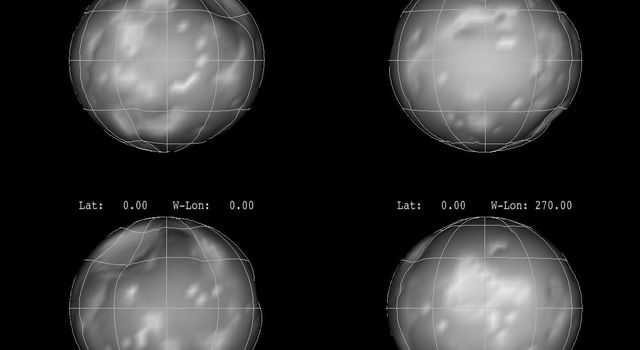 Phoebe in the Round

It's a dust bunny of cosmic proportions. Astronomers used images from NASA's Wide-field Infrared Survey Explorer, or WISE, to locate an aging star shedding loads of dust (orange dot at upper left). Only one other star, called Sakurai's object, has been caught erupting with such large amounts of dust. The process is a natural part of aging for stars like our sun. As they puff up into red giants, they shed dust that is later recycled back into other stars, planets, and in the case of our solar system, living creatures.

In this image, infrared data from WISE and a past all-sky survey mission, the Infrared Astronomical Satellite (IRAS), have been combined. Color is used to show similar observations taken almost thirty years apart; the recent WISE data are color-coded green and red, while the older IRAS data are blue.

The picture reveals that the newfound dusty star, called WISE J180956.27-330500.2, was not seen at all by IRAS, which surveyed the sky in 1983 (it is the only bright star in this field that does not have a corresponding blue halo). Astronomers say the star has brightened by a factor of 100. This appears to have been caused by a sudden eruption in the star around 15 years ago. Dust freshly created in this event is heated by starlight and glows at infrared wavelengths.

The image also demonstrates that WISE and its state-of-the-art technology produced, as expected, much crisper images than its predecessors. The blue IRAS data show both stars, and, higher up in the picture, interstellar dust.