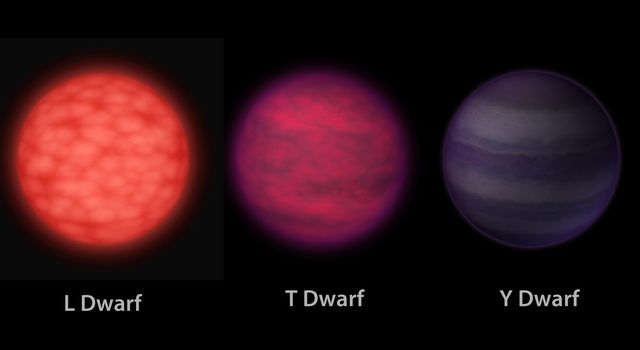 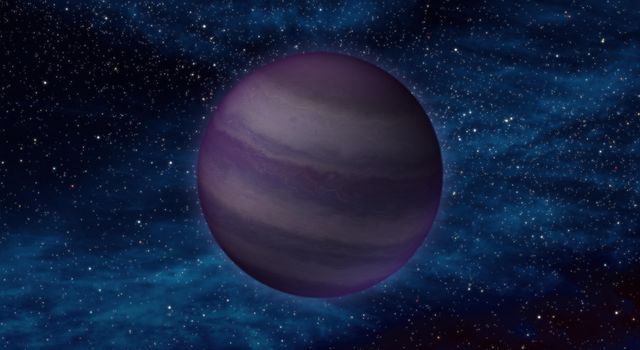 NASA's Wide-field Infrared Survey Explorer, or WISE, has uncovered the coldest brown dwarf known so far (green dot in very center of this infrared image). Called WISE 1828+2650, this chilly star-like body isn't even as warm as a human body, at less than about 80 degrees Fahrenheit (25 degrees Celsius). Like other brown dwarfs, it began life like a star, collapsing under its own weight into a dense ball of gas. But, unlike a star, it didn't have enough mass to fuse atoms at its core, and shine steadily with starlight. Instead, it has continued to cool and fade since its birth, and now gives off only a feeble amount of infrared light. WISE's highly sensitive infrared detectors were able to catch the glow of this object during its all-sky scan, which lasted from Jan. 2010 to Feb. 2011.

WISE 1828+2650 is located in the constellation Lyra. The blue dots are a mix of stars and galaxies.