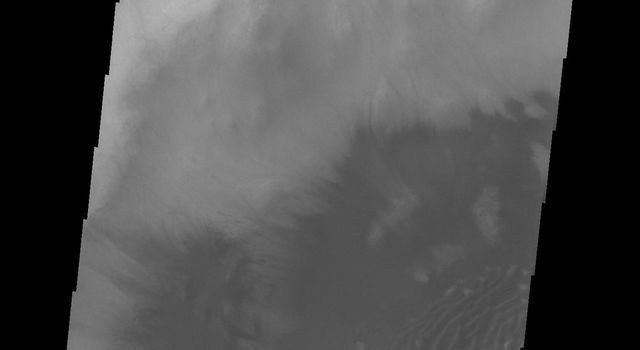 This composite image shows the comparative sizes of nine asteroids. Up until now, Lutetia, with a diameter of 81 miles (130 kilometers), was the largest asteroid visited by a spacecraft, which occurred during a flyby.

Vesta, which is also considered a protoplanet because it's a large body that almost became a planet, dwarfs all other small bodies in this image, with its diameter sizing up at approximately 330 miles (530 kilometers).

The Dawn mission is managed by NASA's Jet Propulsion Laboratory in Pasadena, Calif., for the agency's Science Mission Directorate in Washington. Dawn is a project of the directorate's Discovery Program, managed by NASA's Marshall Space Flight Center in Huntsville, Ala. UCLA is responsible for overall Dawn mission science. Orbital Sciences Corp. of Dulles, Va., designed and built the Dawn spacecraft. The framing cameras were developed and built under the leadership of the Max Planck Institute for Solar System Research in Katlenburg-Lindau, Germany. The German Aerospace Center (DLR) Institute of Planetary Research in Berlin made significant contributions in coordination with the Institute of Computer and Communication Network Engineering in Braunschweig. The framing camera project is funded by the Max Planck Society, DLR and NASA. JPL is a division of the California Institute of Technology in Pasadena.

More information about Dawn is online at http://www.nasa.gov/dawn and http://dawn.jpl.nasa.gov .