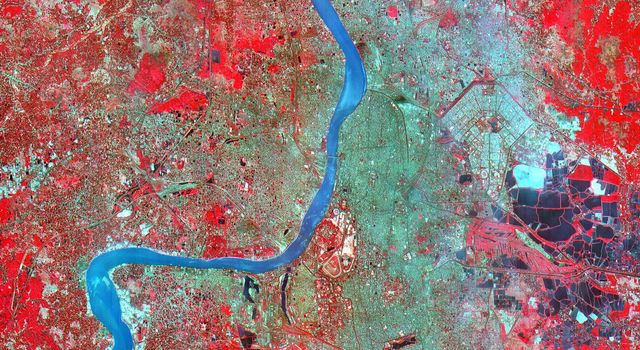 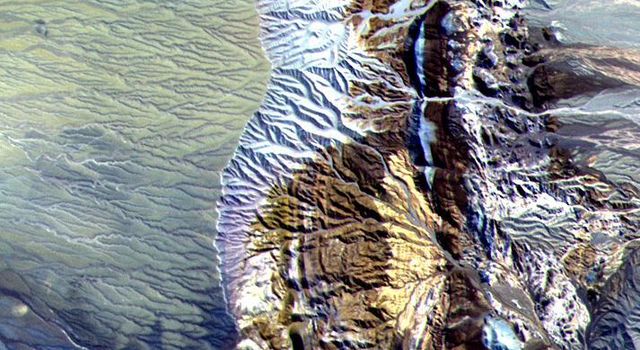 The western-most part of the Ganges Delta is seen in this 54.5 by 60 km ASTER sub-scene acquired on January 6, 2005. The Hugli River branches off from the Ganges River 300 km to the north, and flows by the city of Calcutta before emptying into the Bay of Bengal. High sediment load is evident by the light tan colors in the water, particularly downstream from off-shore islands. The deep green colors of some of these islands are mangrove swamps. The image is centered at 21.9 degrees north latitude, 88 degrees east longitude.