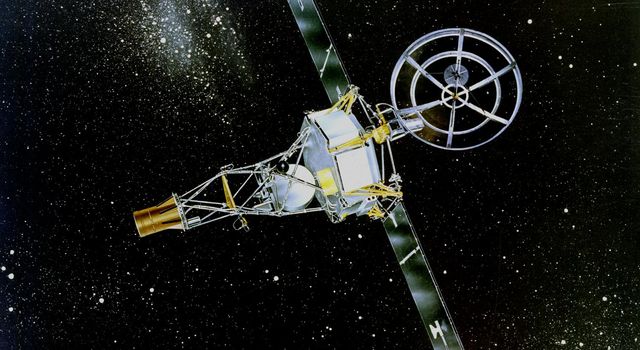 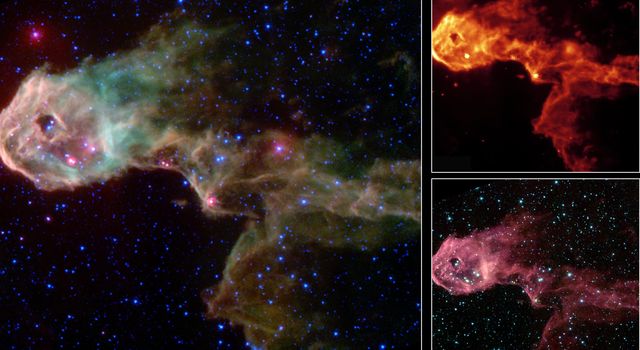 This true color mosaic of Jupiter was constructed from images taken by the narrow angle camera onboard NASA's Cassini spacecraft on December 29, 2000, during its closest approach to the giant planet at a distance of approximately 10 million kilometers (6.2 million miles).

It is the most detailed global color portrait of Jupiter ever produced; the smallest visible features are approximately 60 kilometers (37 miles) across. The mosaic is composed of 27 images: nine images were required to cover the entire planet in a tic-tac-toe pattern, and each of those locations was imaged in red, green, and blue to provide true color. Although Cassini's camera can see more colors than humans can, Jupiter's colors in this new view look very close to the way the human eye would see them.

Everything visible on the planet is a cloud. The parallel reddish-brown and white bands, the white ovals, and the large Great Red Spot persist over many years despite the intense turbulence visible in the atmosphere. The most energetic features are the small, bright clouds to the left of the Great Red Spot and in similar locations in the northern half of the planet. These clouds grow and disappear over a few days and generate lightning. Streaks form as clouds are sheared apart by Jupiter's intense jet streams that run parallel to the colored bands. The prominent dark band in the northern half of the planet is the location of Jupiter's fastest jet stream, with eastward winds of 480 kilometers (300 miles) per hour. Jupiter's diameter is eleven times that of Earth, so the smallest storms on this mosaic are comparable in size to the largest hurricanes on Earth.

Unlike Earth, where only water condenses to form clouds, Jupiter's clouds are made of ammonia, hydrogen sulfide, and water. The updrafts and downdrafts bring different mixtures of these substances up from below, leading to clouds at different heights. The brown and orange colors may be due to trace chemicals dredged up from deeper levels of the atmosphere, or they may be byproducts of chemical reactions driven by ultraviolet light from the Sun. Bluish areas, such as the small features just north and south of the equator, are areas of reduced cloud cover, where one can see deeper.

The Cassini-Huygens mission is a cooperative project of NASA, the European Space Agency and the Italian Space Agency. The Jet Propulsion Laboratory, a division of the California Institute of Technology in Pasadena, manages the Cassini mission for NASA's Office of Space Science, Washington, D.C.