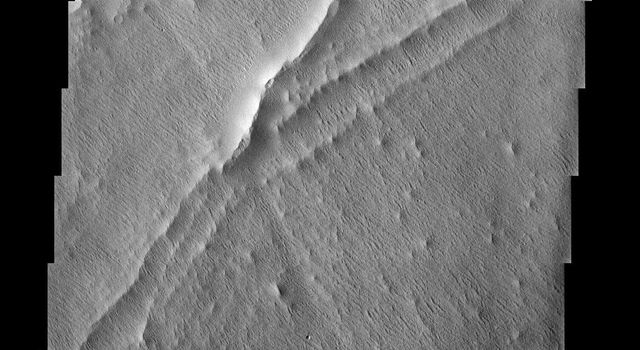 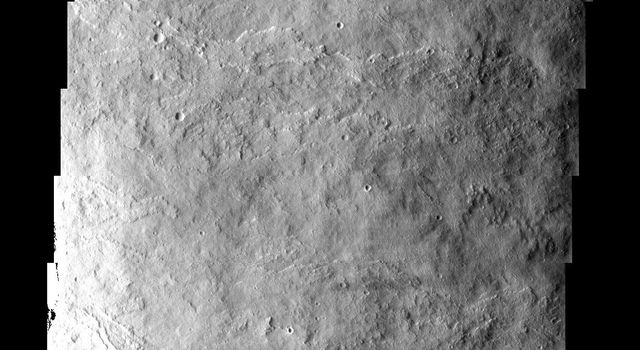 The Medusae Fossae formation is an enigmatic pile of eroding sediments that spans over 5000 km in discontinuous masses along the martian equator. The yardang ridges, formed from the scouring action of windblown sand, are a characteristic feature of this formation. In this image, there is evidence for a period of erosion when winds scoured the surface at nearly right angles to the prominent yardang direction.