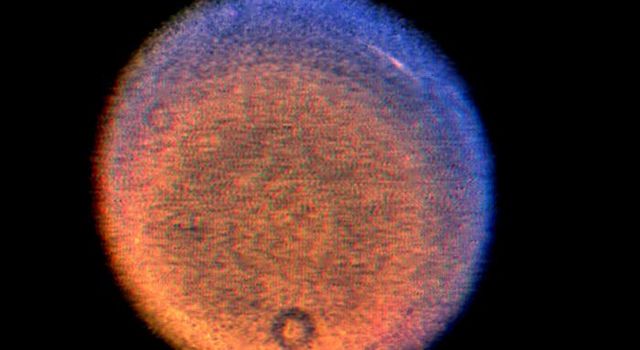 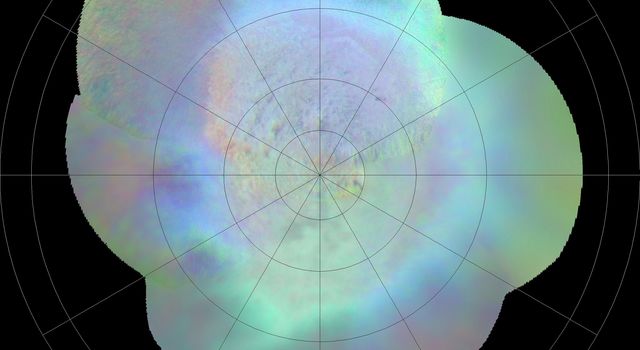 During its flight, the Galileo spacecraft returned images of the Moon. The Galileo spacecraft took these images on December 7, 1992 on its way to explore the Jupiter system in 1995-97. The distinct bright ray crater at the bottom of the image is the Tycho impact basin. The dark areas are lava rock filled impact basins: Oceanus Procellarum (on the left), Mare Imbrium (center left), Mare Serenitatis and Mare Tranquillitatis (center), and Mare Crisium (near the right edge). This picture contains images through the Violet, 756 nm, 968 nm filters. The color is 'enhanced' in the sense that the CCD camera is sensitive to near infrared wavelengths of light beyond human vision. The Galileo project is managed for NASA's Office of Space Science by the Jet Propulsion Laboratory.