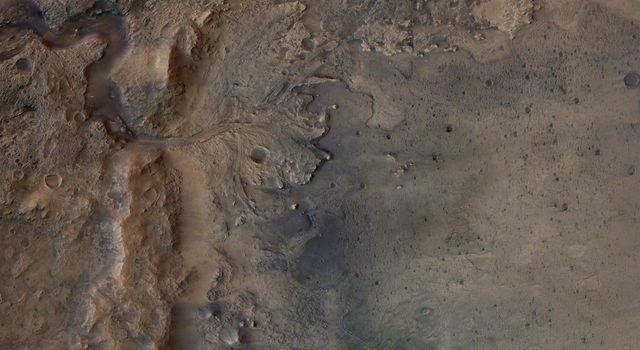 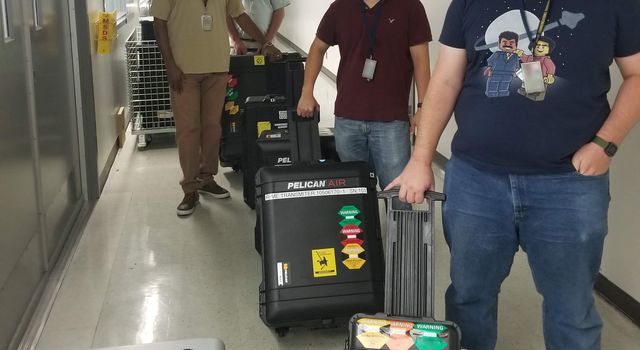 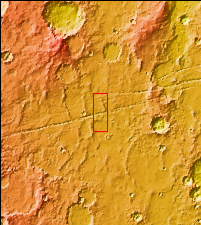 Context image
The linear depressions in this VIS image are part of Sirenum Fossae. These depressions are called graben, which form by the down drop of material between two parallel faults. The faults are caused by tectonic stresses in the region. The Sirenum Fossae graben are 2735km (1700 miles) long.