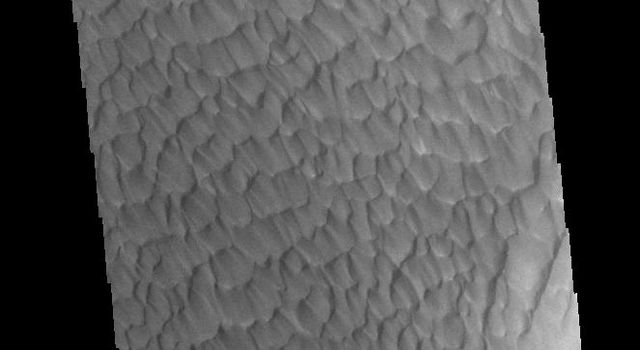 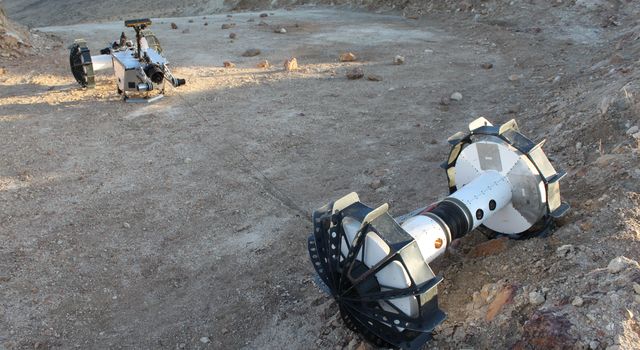 DuAxel Undocks a Tethered Axel to Explore a Steep Slope

In this photograph, a tethered Axel robot — part of the four-wheeled DuAxel rover — navigates a steep slope during a field test in the Mojave Desert. The tether, which connects to the rover's other half, serves as a climbing rope of sorts while also providing power and a means of communication.

More information about Axel can be found here: https://www-robotics.jpl.nasa.gov/systems/system.cfm?System=16