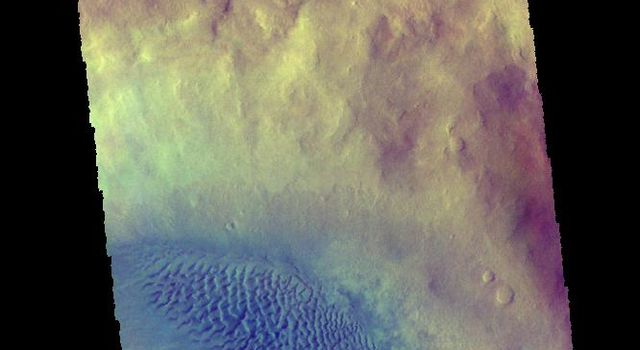 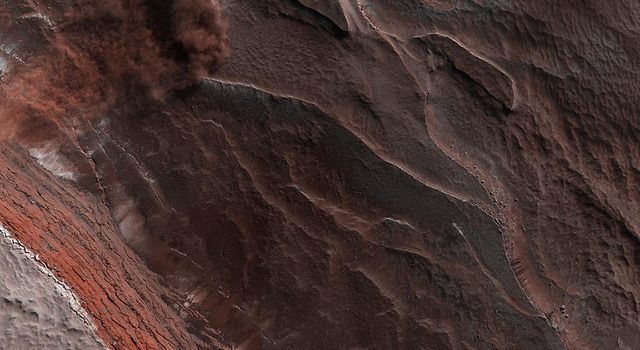 HiRISE Catches an Avalanche on Mars

The High Resolution Imaging Science Experiment (HiRISE) camera aboard NASA's Mars Reconnaissance Orbiter captured these sand ripples and the large dune (at center) on Feb. 9, 2009. Color has been added to make textures easier to see. This area is in Proctor Crater at 47.8 degrees south latitude and 30.7 degrees east longitude.

NASA's Jet Propulsion Laboratory, a division of Caltech in Pasadena, California, manages the Mars Reconnaissance Orbiter Project for NASA's Science Mission Directorate in Washington. Lockheed Martin Space in Denver is the prime contractor for the project and built the spacecraft. The University of Arizona, in Tucson, operates HiRISE, which was built by Ball Aerospace & Technologies Corp., in Boulder, Colorado.