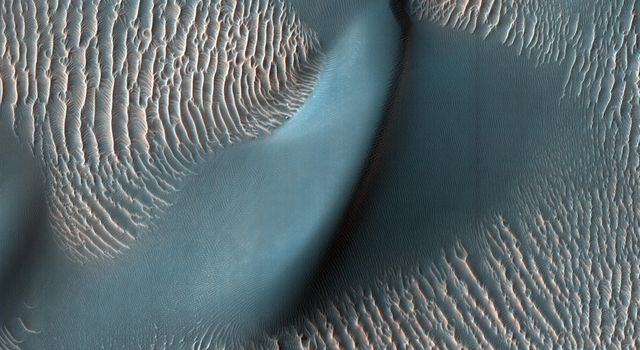 HiRISE Finds a Dune and Ripples 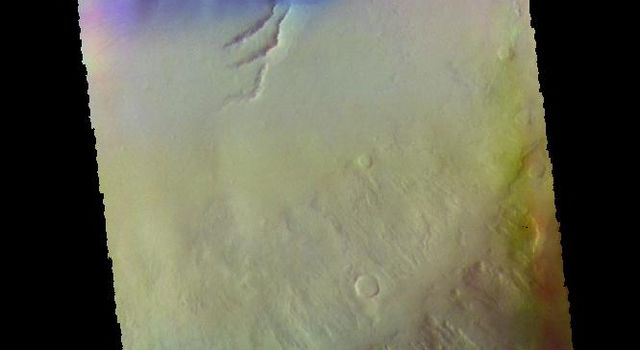 The High-Resolution Imaging Science Experiment (Hi-RISE) camera aboard NASA's Mars Reconnaissance Orbiter captured this avalanche plunging down a 1,640-foot-tall (500-meter-tall) cliff on May 29, 2019. The image also reveals layers at Mars' north pole during spring. As temperatures increase and vaporize ice, the destabilized ice blocks break loose and kick up dust.

NASA's Jet Propulsion Laboratory, a division of Caltech in Pasadena, California, manages the Mars Reconnaissance Orbiter Project for NASA's Science Mission Directorate in Washington. Lockheed Martin Space in Denver is the prime contractor for the project and built the spacecraft. The University of Arizona, in Tucson, operates HiRISE, which was built by Ball Aerospace & Technologies Corp., in Boulder, Colorado.