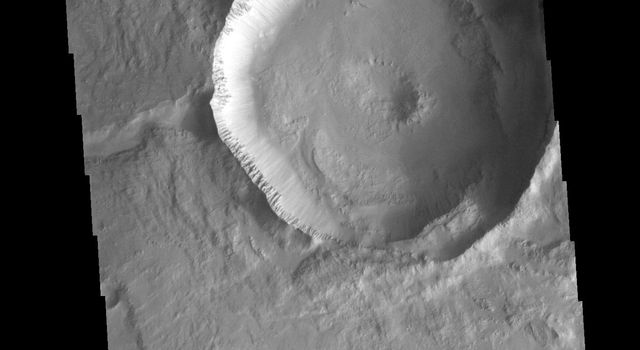 Nishinoshima is a small volcanic island located about 1000 km south of Tokyo, Japan. Eruptive activity began in December 2019, and has continued uninterrupted. ASTER captured this image of an ash and steam plume emanating from the central crater. Thermal infrared data is superposed in red on a visible-infrared color image to highlight the lava in the central crater and lava flows that have flowed down the volcano's flanks. The image was acquired July 28, 2020, covers an area of 15 by 21 km, and is located at 27.3 degrees north, 140.8 degrees east.