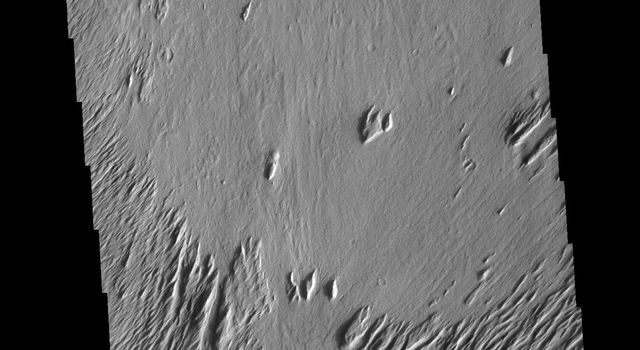 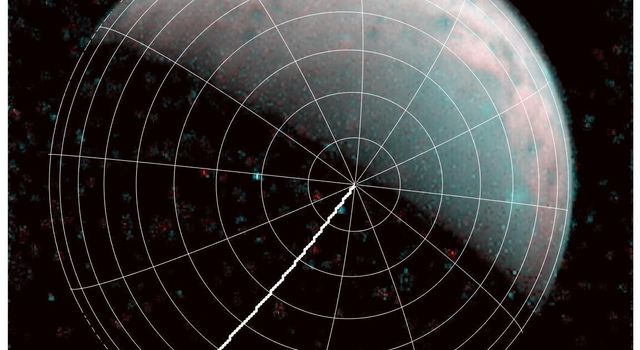 The north pole of Jupiter's giant moon Ganymede can be seen in this composite image of infrared data from the Jovian Infrared Auroral Mapper (JIRAM) instrument aboard NASA's Juno spacecraft. Five infrared images were taken every 20 minutes, beginning at time of closest approach (far left) on Dec. 26, 2019, when Juno was about 62,000 miles (100,000 kilometers) distant. The infrared imagery provides the first infrared mapping of the massive moon's northern frontier.

As Ganymede has no atmosphere to impede the progress of charged particles from the Sun, the surface at its poles is constantly being bombarded by plasma from Jupiter's gigantic magnetosphere. The bombardment has a dramatic effect on Ganymede's ice. Frozen water molecules detected at both poles have no appreciable order to their arrangement, and the amorphous ice has a different infrared signature than the crystalline ice found at Ganymede's equator.

JIRAM was designed to capture the infrared light emerging from deep inside Jupiter, probing the weather layer down to 30 to 45 miles (50 to 70 kilometers) below Jupiter's cloud tops.