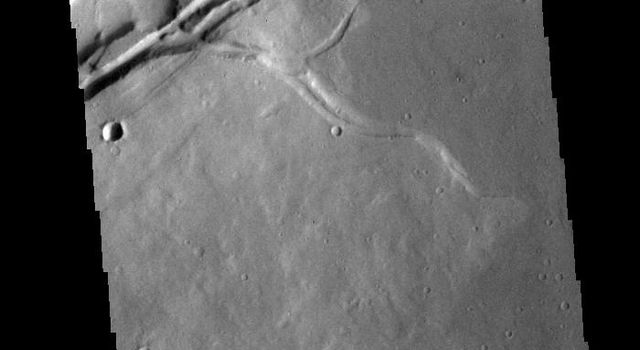 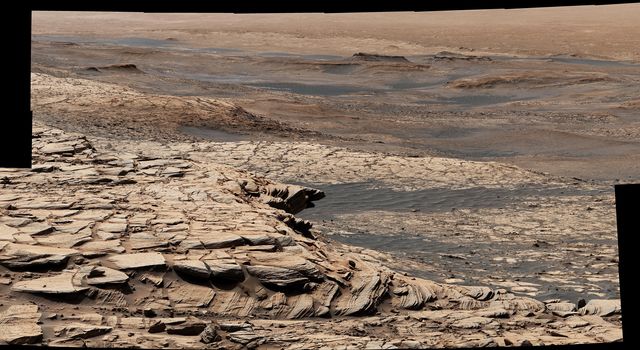 Curiosity's View From the Top of the Greenheugh Pediment

The goosebump-like features in the center of this image were formed by water billions of years ago. NASA's Curiosity Mars rover discovered them as it crested the slope of "Greenheugh Pediment" on Feb. 24, 2020, the 2685th Martian day, or sol, of the mission.

The rover's Mast Camera, or Mastcam, provided this scene, which was stitched together from four images. Malin Space Science Systems in San Diego built and operates Mastcam. A division of Caltech, NASA's Jet Propulsion Laboratory in Southern California built the Curiosity rover and manages the Mars Science Laboratory mission for the agency's Science Mission Directorate in Washington.

The panorama has been white-balanced so that the colors of the rock materials resemble how they would appear under daytime lighting conditions on Earth.