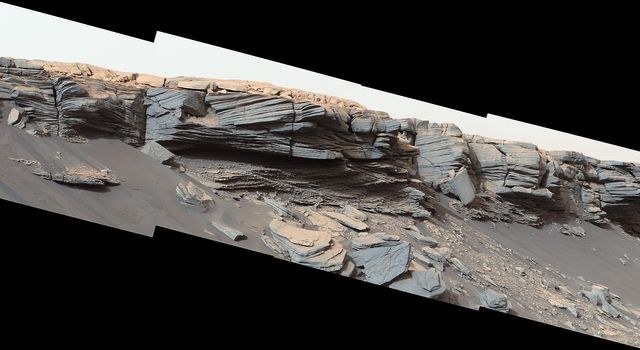 Curiosity Finds Nodules near the Top of Pediment Slope 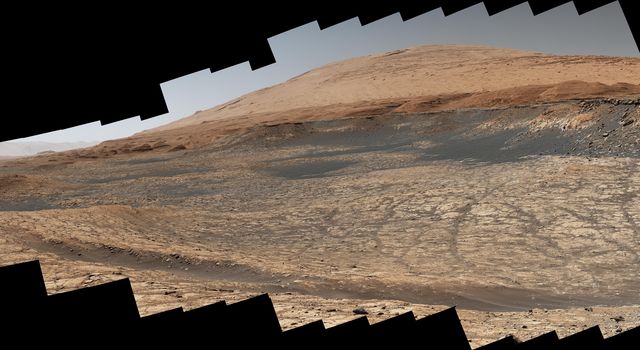 Curiosity's Path to the Sulfate-Bearing Unit

Stitched together from 28 images, this view from NASA's Curiosity Mars rover was captured on April 9, 2020, the 2,729th Martian day, or sol, of the mission after the rover ascended a steep slope, part of a geologic feature called "Greenheugh Pediment." In the foreground is the crusty sandstone cap that stretches the length of the pediment, forming an overhanging ledge in some parts. At center is the "clay-bearing unit," a region with a unique story to tell about the history of water on Mount Sharp, the 3-mile-tall (5-kilometer-tall) mountain Curiosity has been ascending since 2014. In the distance at the top of the image is the floor of Gale Crater, which is 96 miles (154 kilometers) wide.

The panorama has been white-balanced so that the colors of the rock materials resemble how they would appear under daytime lighting conditions on Earth.