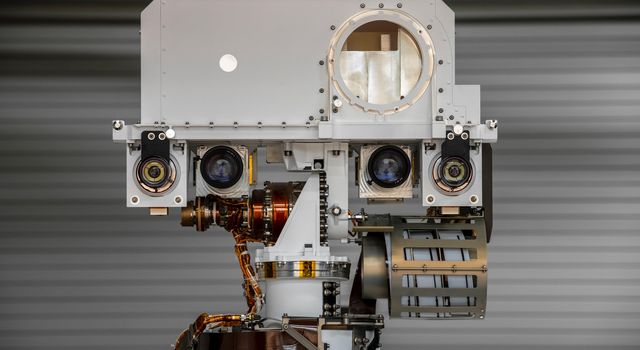 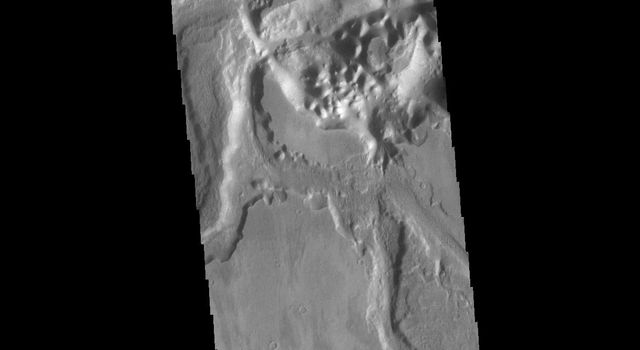 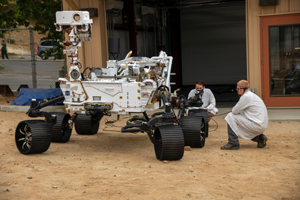 The full-scale engineering model of NASA's Perseverance rover has put some dirt on its wheels. This vehicle system test bed (VSTB) rover moved into its home — a garage facing the Mars Yard at NASA's Jet Propulsion Laboratory in Southern California — on Sept. 4, 2020. It drove onto simulated Martian surface of the Mars Yard — a dirt field at JPL studded with rocks and other obstacles — for the first time on Sept. 8. The VSTB rover is also known as OPTIMISM (Operational Perseverance Twin for Integration of Mechanisms and Instruments Sent to Mars).