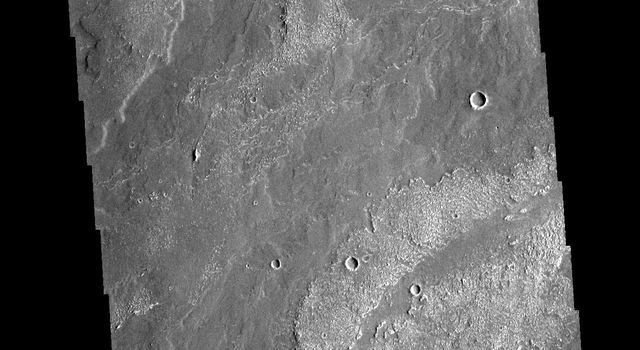 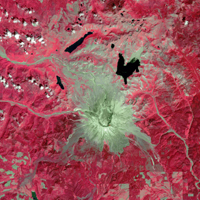 Mount St. Helens, Washington, erupted 40 years ago, on May 18, 1980. A massive debris avalanche, triggered by an earthquake of magnitude 5.1, caused a lateral eruption that reduced the elevation of the mountain's summit from 2,950 m to 2,549 m, leaving a 1.6 km wide horseshoe-shaped crater. The collapse of the northern flank resulted in massive volcanic mudflows. Since 1980, new lava built a dome in the crater, and occasional steam and ash plumes have been emitted. The Landsat MSS image was acquired July 31, 1980, and the ASTER image (Figure 1) on July 28, 2019. The images cover an area of 30 by 30 km, and are located at 46.2 degrees north, 122.2 degrees west.