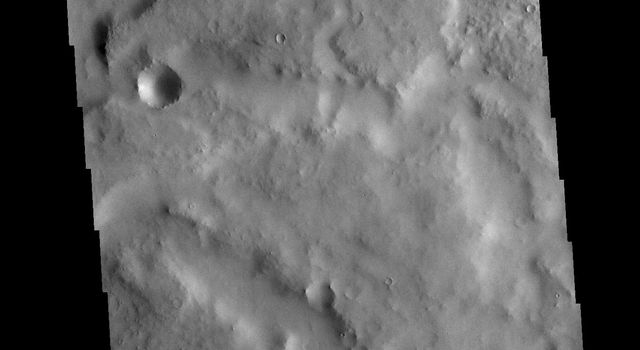 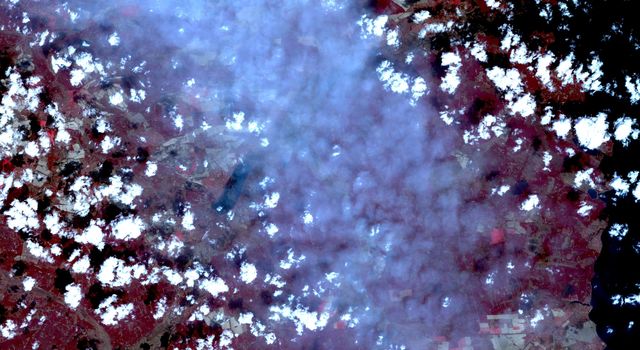 The Great Red Spot is a storm in Jupiter's southern hemisphere with crimson-colored clouds that spin counterclockwise at wind speeds that exceed those in any storm on Earth. The Great Red Spot has slowly changed over the years, and is currently about 1.3 times as wide as our planet. Data returned by the Juno mission helped scientists determine that the storm's roots extend at least 200 miles (320 kilometers) into Jupiter's atmosphere. For comparison, a typical tropical cyclone on Earth only extends about 9 miles (15 kilometers) from the top of the storm to the bottom.