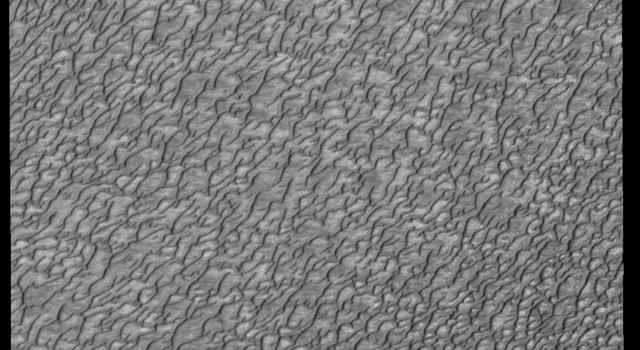 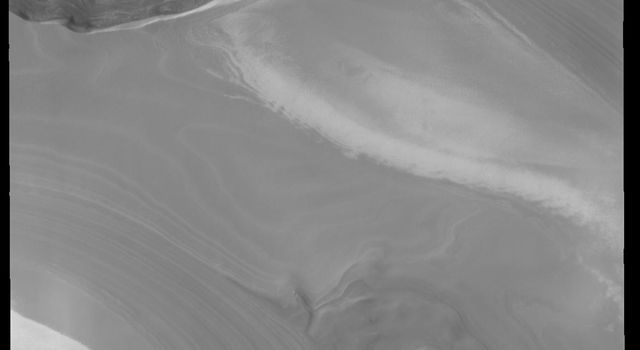 NASA's Juno mission captured this look at the southern hemisphere of Jupiter on Feb. 17, 2020, during the spacecraft's most recent close approach to the giant planet.

Not only is Jupiter the largest planet orbiting the Sun, it contains more than twice the amount of material of all other objects in the solar system combined — including all the planets, moons, asteroids and comets. In composition, Jupiter resembles a star, and scientists estimate that if it had been at least 80 times more massive at its formation, it could have become a type of star called a red dwarf rather than a planet.

While the universe's most common elements, hyrdrogen and helium, make up most of Jupiter's mass, the striking clouds that are visible at the top of its atmosphere are composed mostly of ammonia and hydrogen sulfide.