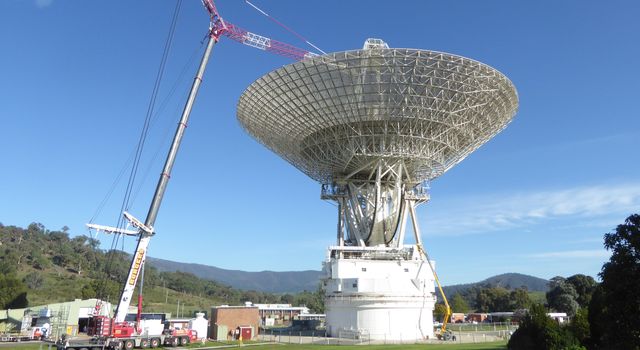 A Big Crane for a Big Dish 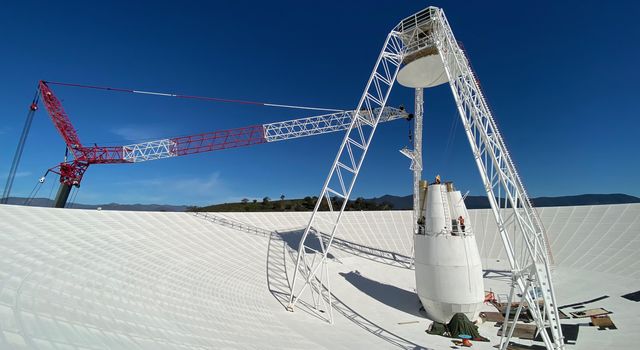 In a delicate operation, a 400-ton crane lifts the new X-band cone into the 70-meter (230-foot) Deep Space Network's Deep Space Station 43 (DSS-43) dish in Canberra, Australia. The new cone houses upgraded receiver and transmitter equipment for the 48-year-old antenna. One of several antennas located at the Canberra site, DSS-43 is the largest and responsible for transmitting commands to NASA's Voyager spacecraft. Since early March 2020, DSS43 has been offline for upgrades, which are expected to continue until January 2021.