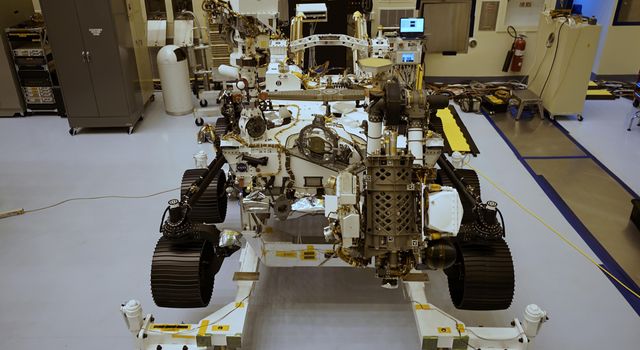 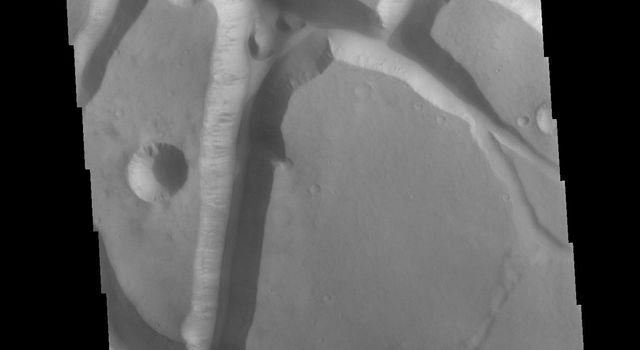 A placard commemorating NASA's "Send Your Name to Mars" campaign was installed on the Perseverance Mars rover on March 16, 2020, at NASA's Kennedy Space Center in Florida. Three fingernail-sized chips affixed to the upper-left corner of the placard feature the names of 10,932,295 people who participated. They were individually stenciled onto the chips by electron beam, along with the essays of the 155 finalists in NASA's "Name the Rover" contest. Liftoff aboard a United Launch Alliance Atlas V 541 rocket is targeted for mid-July of 2020 from Cape Canaveral Air Force Station. NASA's Launch Services Program, based at Kennedy, is managing the launch.