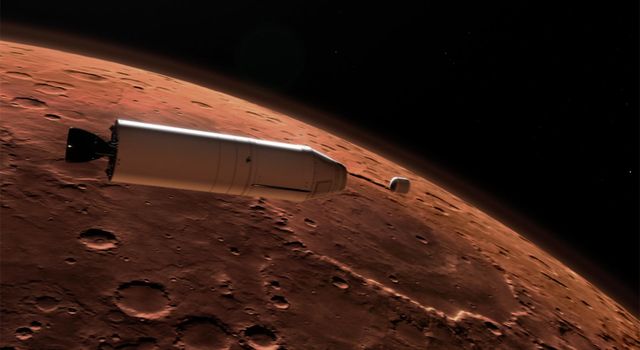 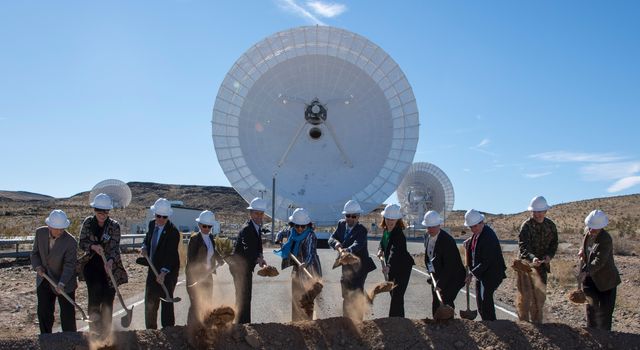 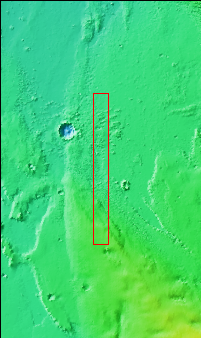 Today's VIS image shows part of the wind eroded Amazonis Mensa. Just one of several large linear mounds of material, Amazonis Mensa has been carved by long term surface winds. The linear grooves are aligned with the prevailing winds. The mensa has to be formed of soft, relatively uncemented materials to be eroded so easily. It has been suggested that the surface material may be volcanic ash from nearby volcanoes.