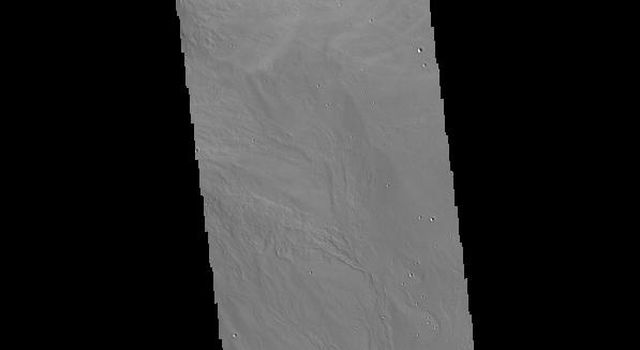 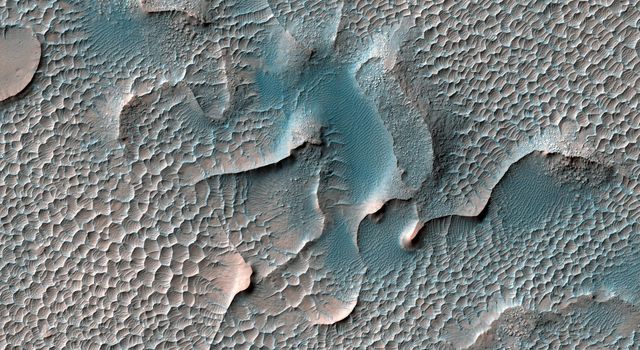 This image shows two types of sand dunes on Mars. The small dots are called barchan dunes, and from their shape we can tell that they are upwind. The downwind dunes are long and linear.

These two types of dune each show the wind direction in different ways: the barchans have a steep slope and crescent-shaped "horns" that point downwind, while the linear dunes are stretched out along the primary wind direction. Linear dunes, however, typically indicate a wind regime with at least two different prevailing winds, which stretch out the sand along their average direction.

In several places in this image, you can find barchan dunes turning into linear dunes as they are stretched out, but they both seem into indicate the same wind direction.