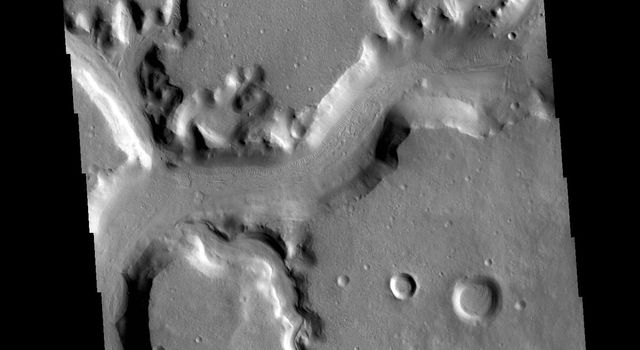 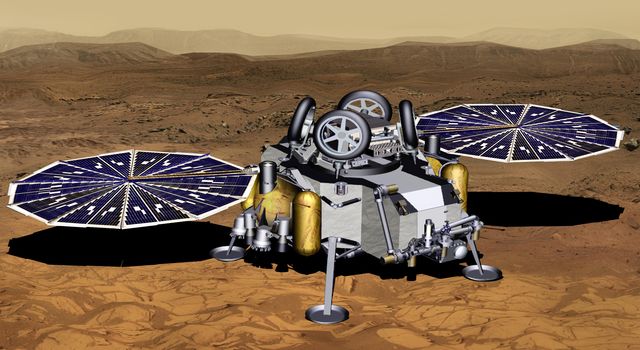 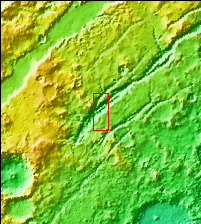 The linear depressions in today's VIS image are part of Nili Fossae. Nili Fossae is a collection of curved faults and down-dropped blocks of crust between the faults called graben. The graben lie northeast of the large volcano Syrtis Major and northwest of the ancient impact basin Isidis Planitia.