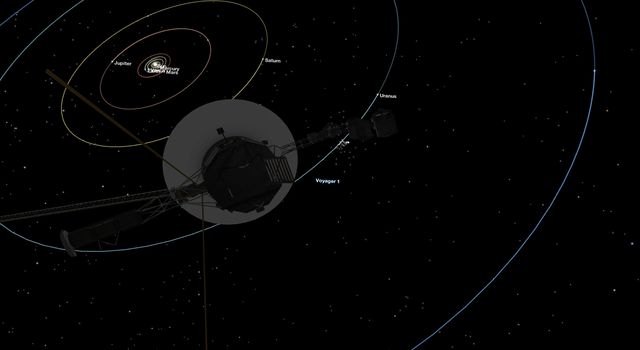 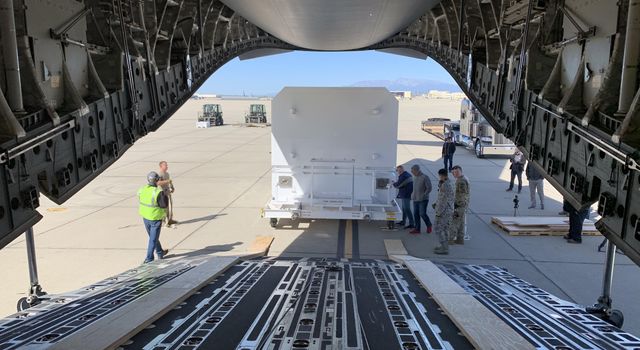 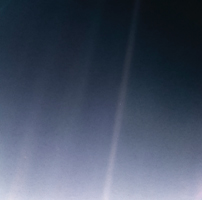 For the 30th anniversary of one of the most iconic images taken by NASA's Voyager mission, a new version of the image known as "the Pale Blue Dot."

Planet Earth is visible as a bright speck within the sunbeam just right of center and appears softly blue, as in the original version published in 1990 (see PIA00452).

This updated version uses modern image-processing software and techniques to revisit the well-known Voyager view while attempting to respect the original data and intent of those who planned the images.

In 1990, the Voyager project planned to shut off the Voyager 1 spacecraft's imaging cameras to conserve power and because the probe, along with its sibling Voyager 2, would not fly close enough to any other objects to take pictures. Before the shutdown, the mission commanded the probe to take a series of 60 images designed to produce what they termed the "Family Portrait of the Solar System." Executed on Valentine's Day 1990, this sequence returned images for making color views of six of the solar system's planets and also imaged the Sun in monochrome.

The image of Earth was originally published by NASA in 1990. It is republished here to commemorate the 30th anniversary of the Family Portrait of the Solar System (see PIA00451) and the Pale Blue Dot image in particular.

The planet occupies less than a single pixel in the image and thus is not fully resolved. (The actual width of the planet on the sky was less than one pixel in Voyager's camera.) By contrast, Jupiter and Saturn were large enough to fill a full pixel in their family portrait images.

The direction of the Sun is toward the bottom of the view (where the image is brightest). Rays of sunlight scattered within the camera optics stretch across the scene. One of those light rays happens to have intersected dramatically with Earth. From Voyager 1's vantage point — a distance of approximately 3.8 billion miles (6 billion kilometers) — Earth was separated from the Sun by only a few degrees. The close proximity of the inner planets to the Sun was a key factor preventing these images from being taken earlier in the mission, as our star was still close and bright enough to damage the cameras with its blinding glare.

The view is a color composite created by combining images taken using green, blue and violet spectral filters by the Voyager 1 Narrow-Angle Camera. They were taken at 4:48 GMT on Feb. 14, 1990, just 34 minutes before Voyager 1 powered off its cameras forever.

Like the original version, this is technically a "false-color" view, as the color-filter images used were mapped to red, green and blue, respectively. The brightness of each color channel was balanced relative to the others, which is likely why the scene appears brighter but less grainy than the original. In addition, the color was balanced so that the main sunbeam (which overlays Earth) appears white, like the white light of the Sun.

At its original resolution, the newly processed color image is 666 by 659 pixels in size; this is Figure A. The main image is an enlarged version.

The image was processed by JPL engineer and image processing enthusiast Kevin M. Gill with input from two of the image's original planners, Candy Hansen and William Kosmann.