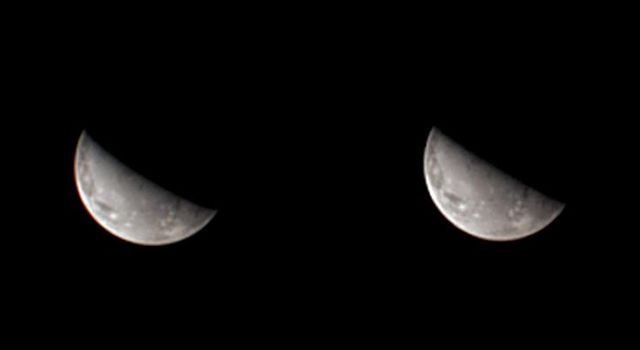 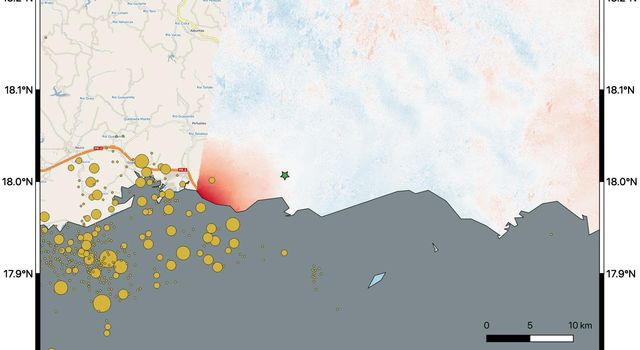 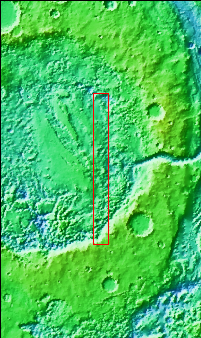 Today's VIS image shows part of Aram Chaos. Aram Chaos was initially formed by a large impact. Over time the crater interior was modified by several different processes, including liquid water. Located near Ares Vallis, a narrow channel links the Aram Chaos crater with Ares Vallis indicating a substantial amount of water was located in the crater. Chaos forms from erosion of the surface into mesa features. With time the valleys expand creating the jumble of hills seen in the image. Aram Chaos is 280 km (175 miles) in diameter.