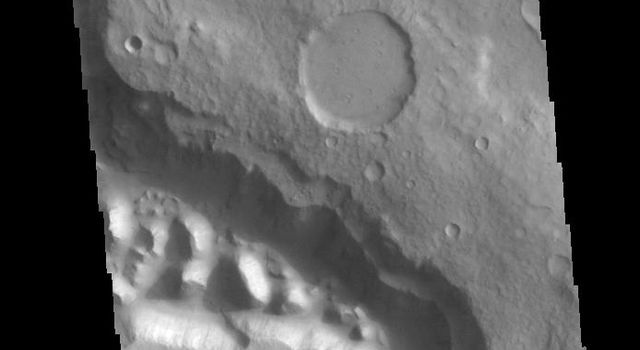 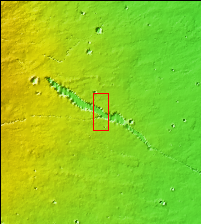 Today's VIS image contains a section of one of the many channel forms found radial to the Elysium Mons volcanic complex. In this case the fossae is located to the east of the volcano. The channel features are thought to have both a tectonic and volcanic origin. The linear depression resembles a graben (formed by tectonic forces) and the smaller sinuous channel below the large linear depression more closely resembles features caused by fluid flow — either lava or water created by melting subsurface ice by volcanic heating.