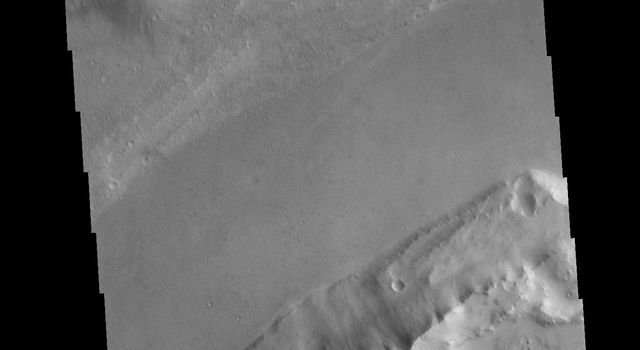 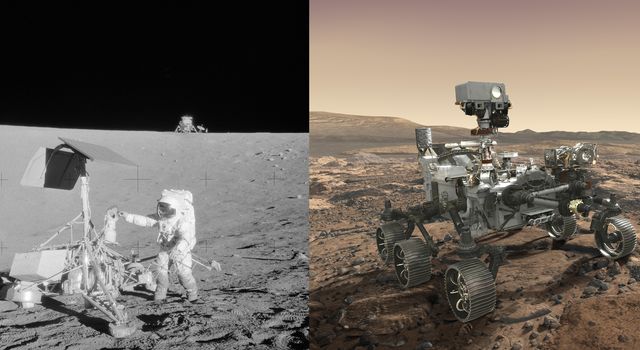 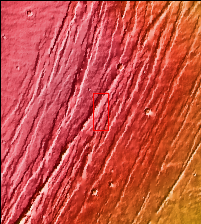 This VIS image is located on the eastern flank of Alba Mons. Linear faults and graben surround the volcano aligned north/south, intersecting and deflected around the summit. The large graben with the small circular pits in the upper left part of this image is called Phlegethon Catena. The term catena means a string of craters or circular depressions. The depressions in this image were likely formed by the collapse of the preexisting surface into a subsurface void. Graben are caused by blocks of material that drop down along paired faults, and are formed due to tectonic forces. It may be that lava flowed along the trace of the graben and left behind a subsurface lava tube. As the roof of the tube collapses the circular features are created.