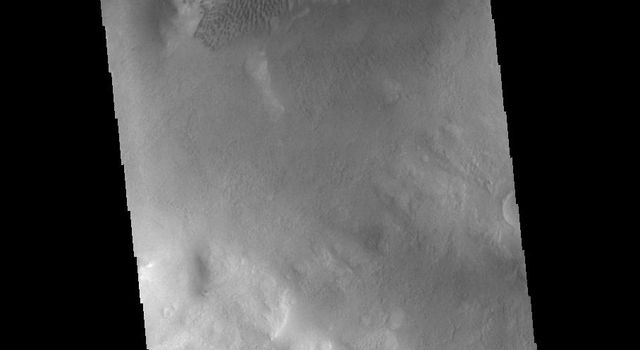 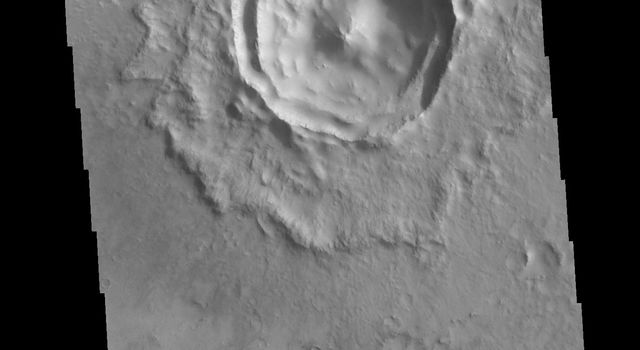 Thousands of acres damaged by the ongoing Kincade Fire in Northern California's Sonoma County are visible in this new image from the Advanced Spaceborne Thermal Emission and Reflection Radiometer (ASTER) instrument aboard NASA's Terra satellite. The image was taken at 11:01 a.m. PST (2:01 p.m. EST) on Nov. 3, 2019. The burned area appears dark gray in ASTER's visible channels. Hotspots, where the fire is still smoldering, appear as yellow dots in ASTER's heat-sensing, thermal infrared channels.

After starting on Oct. 23, forcing residents to evacuate, the fire had burned 77,758 acres and destroyed 372 structures by Nov. 3, according to the California Department of Forestry and Fire Protection. It is now over 80% contained.

The town of Healdsburg is in the center of the image, which covers an area of about 24 by 25 miles (39 by 40 kilometers).

ASTER is one of five Earth-observing instruments launched in December 1999 on NASA's Terra satellite. With its 14 spectral bands from the visible to the thermal infrared wavelength region and its high spatial resolution of 15 to 90 meters (about 50 to 300 feet), ASTER images Earth to map and monitor the planet's changing surface. Japan's Ministry of Economy, Trade and Industry built the instrument. NASA's Jet Propulsion Laboratory in Pasadena, California, is responsible for the American portion of the joint U.S.-Japan science team that validates and calibrates the instrument and the data products associated with it.